November was really good birding month. I got seven new year birds, including my lifer American Wigeon at Predue Pond, and Tropical Kingbird at Imeson field, and ended month with 235+1 species in my year list. One more month to go for this year, hopefully successful.

First new bird was a Canvasback at Trednik Road pond, and not one but 8 of them. Of cause I let Kevin and Dave know right away. Kevin was happy to hear that, since Canvasback was still his missing county bird. Birds sticked around least couple of weeks, so that other birders who wanted were also able to get this bird on their list.

Few days later Dave sent me text message that American Wigeon is in Perdue road pond. I didn't waste time and was on a way there, you never know how long they may stick around.

When I got there then Kevin was already scanning the pond. Pond hosted hundreds of ducks and geese, so it's not easy to find that Wigeon. I decided not to waist time and get to the other side where Dave was. Dave pointed me out where the Wigeons are, and I was glad to snap some quick pics.

At that point Kevin decided that it be probably vicer to get to our side too. Unfortunately he started to drive by the narrow strip between the trees, not on a road. As soon as he did that, flock of ducks took off and flew away, and sadly Wigeons with them. Kevin was not happy at all, he missed them completely, he didn't get even my joke to enjoy my pics. We were all hoping that Wigeons would return later, but they never did. 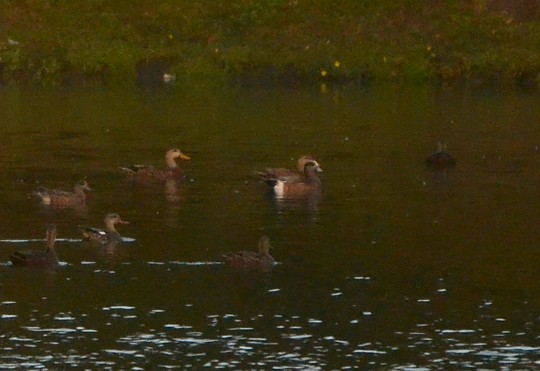 Few days later I got message from Kevin - Western Kingbird at Imeson. It didn't take long when I got there, but bird was gone, and even worse, Dave and Kevin suspected that it's not the Western at all, but Tropical instead!! Tropical Kingbird is very rare here, probably only a single record in Duval county back in 80's or 90's.

I decided to check out nearby pond and yes, bird was on the other side on the pond fence, whoo... what a relief! You can't be absolutely sure for Tropical without a vocalisation, but the long bill and yellow all-away up and other field marks made it 95% sure. 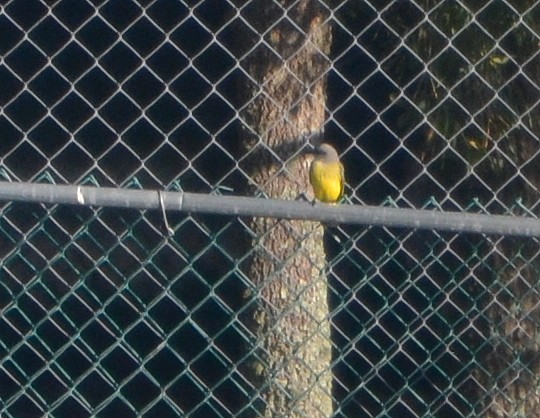 Next day Kevin, Dave and me were checking out Little Talbot Island for sparrows. Weather was not good, really cloudy and windy, which was keeping the birds down.

After some unsuccessful walk we found group of Savannah and Shipping Sparrows. I noticed for a second that there was another sparrow, but lost it. After a little while looking we moved on. We spread out, but soon I got the text message from Kevin - Vesper's Sparrow!

Vesper's was nicely posing us, so that I was able to get some nice photos, then he just jumped back into bushes. Thanks Kevin! I needed this bird for my list. 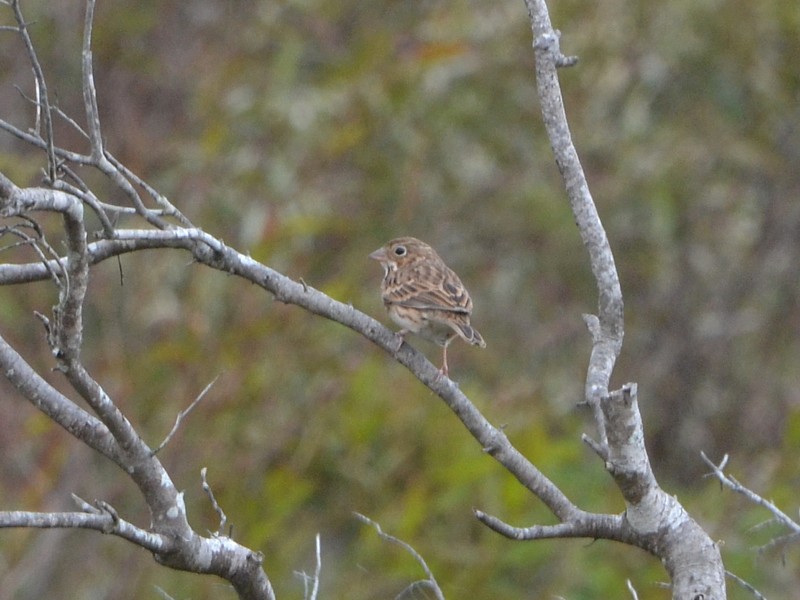 Later we found the same or maybe another Vesper's with Savannah and Shipping Sparrows again. I think that was the same mystery Sparrow, I saw earlier for a moment.

Few days went by without any significant sightings, but then I got a message from Dave: "Snow Goose, in Perdue Pond" I needed this bird for my year list, so I was on my way there. Good thing was, I got the bird, but the bad thing, my car broke down, so that I had to tow it back. Although, I'm glad I got the bird before brakedown. Always see the positive side:) 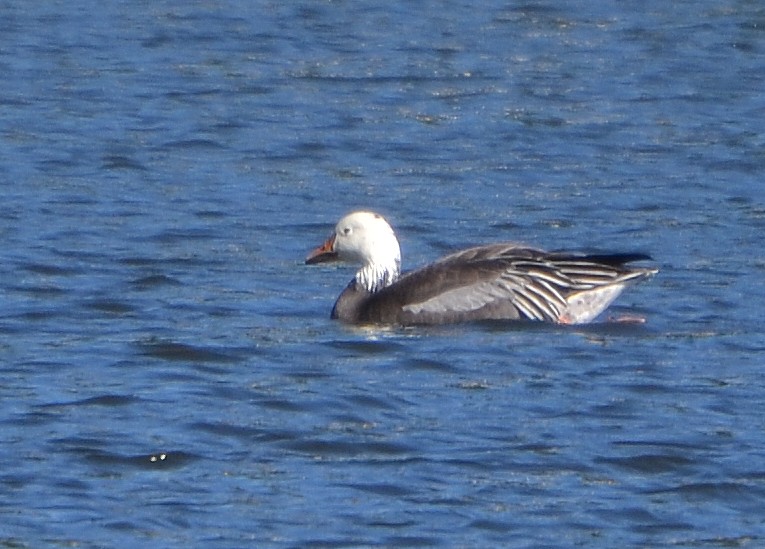 I was thinking to go next morning back to Imeson field, and hopefully find and get the better photos of Tropical Kingbird.

Yes, I got lucky, the Kingbird was still there. I snapped some pictures, filled up the ebird report and I was on my way back. Few hours later Kevin sent me message, it's not the Tropical, but Western instead. I didn't even look closely field marks, since I assumed that it's the same bird. I am glad it was Western Kingbird; another bird for my 2013 yearlist.

By the way a Western Kingbird has been returning back in that location almost every winter. 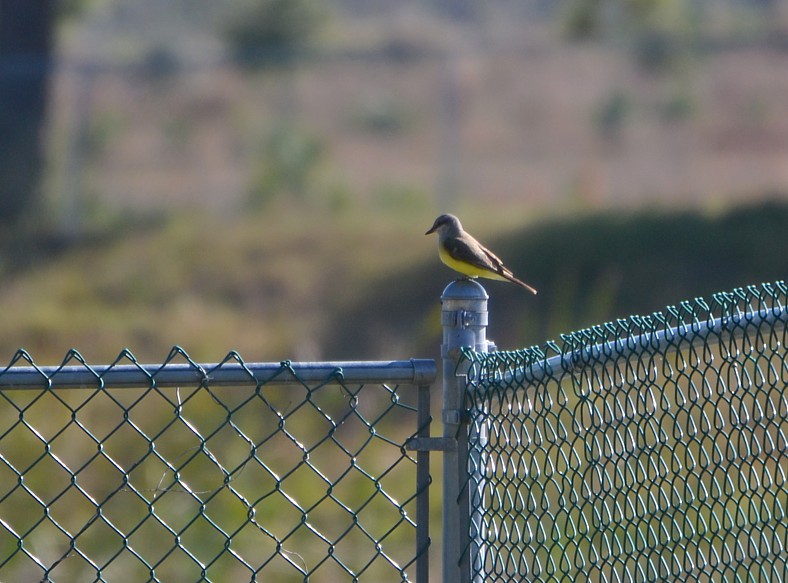 The last yearbird of the month is not really ABA countable. It's a Mute Swan at New Berlin School pond. Haven't seen Swans in Duval county before, but probably it's a somebody's escaped pet bird, but I still listed it in eBird just in case, if it should become a countable is a futher. I just have to remember not really count it for now.

So, that's it for this month. Let's hope that December would be as successful as November was. 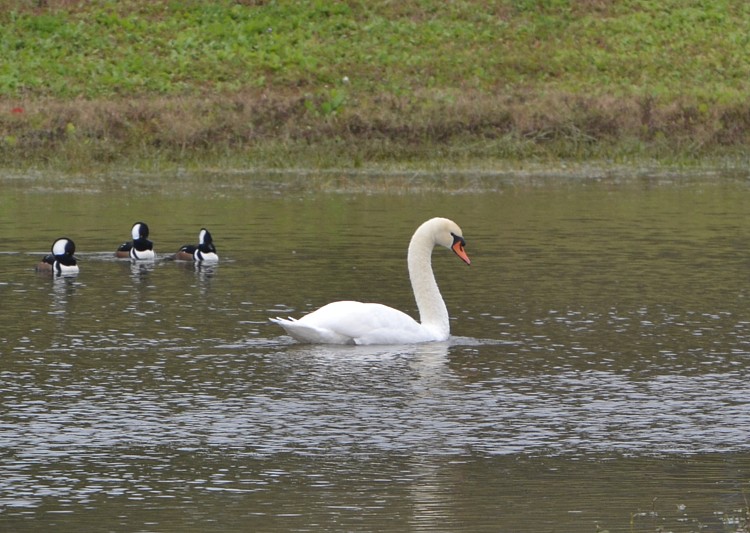