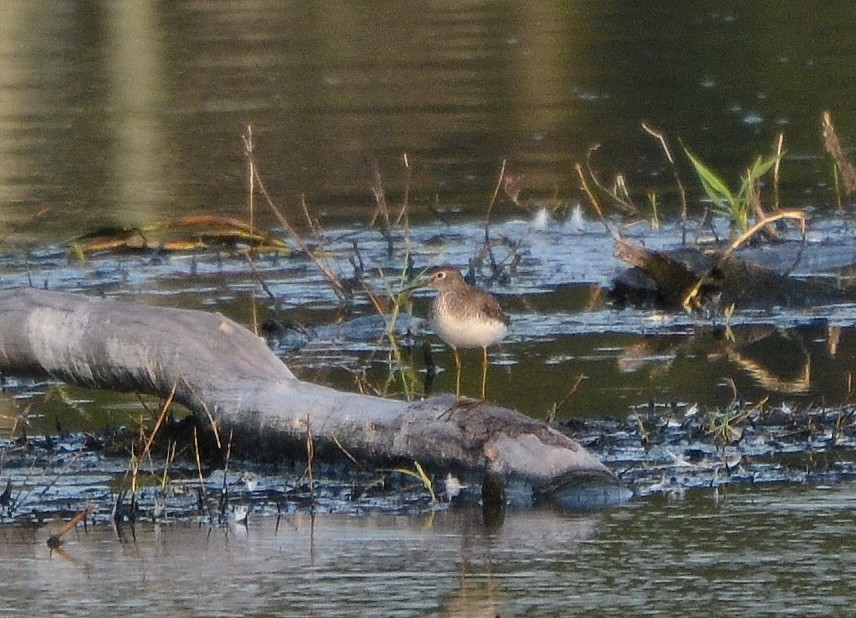 Slower summer months are over and new migratory birds starting to show up again. Beginning of the month I was trying for White-rumped Sandpiper at Big Talbot Island Spoonbill pool area with no luck. I went there least 4-5 times but couldn't relocate the White-ramped anywhere although Kevin saw the bird every time when he went there. Luckily I picked up my first Solitary Sandpiper.

Huguenot seems to be the best location to find Cliff Swallows at migration time. I found Cliff Swallows in Huguenot Park matched in with Barnes Swallows. There were actually more Cliffs than Barns on that day. With short tail and reddish rump they are easily recognizable. I didn't have a camera with me but still good to find them. 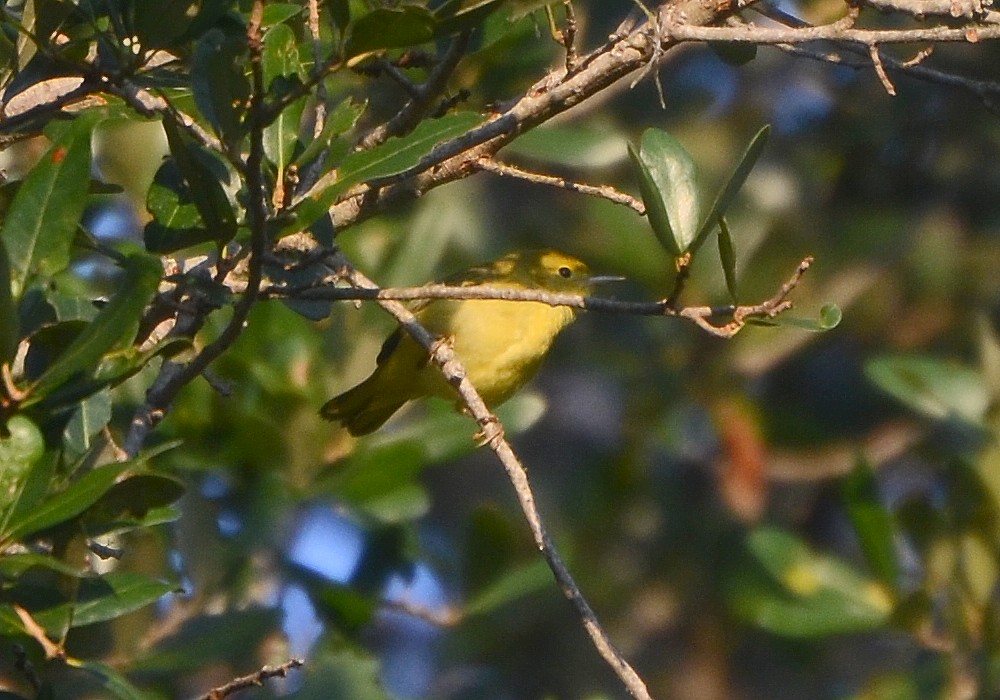 When I was looking through my year list I was suprized that I have missed Yellow Warblers this year. August 9'th I got some of them at Hanna Park. Later in the month I saw them also at Reddie Point. It's always nice to see these little yellow warblers.

Black Tern was another bird what I chased. I felt like everyone else have seen them this year except me. Finally I saw four of them flying far out from the beach at Hanna Park. Funny thing was that after my first sighting I started to see them in regular bases, sometimes even 15-20 together. They were like holding back from me till I finally spotted the first one, so no need to hide anymore. This Black Tern on a photo was taken at Spoonbill Pond. 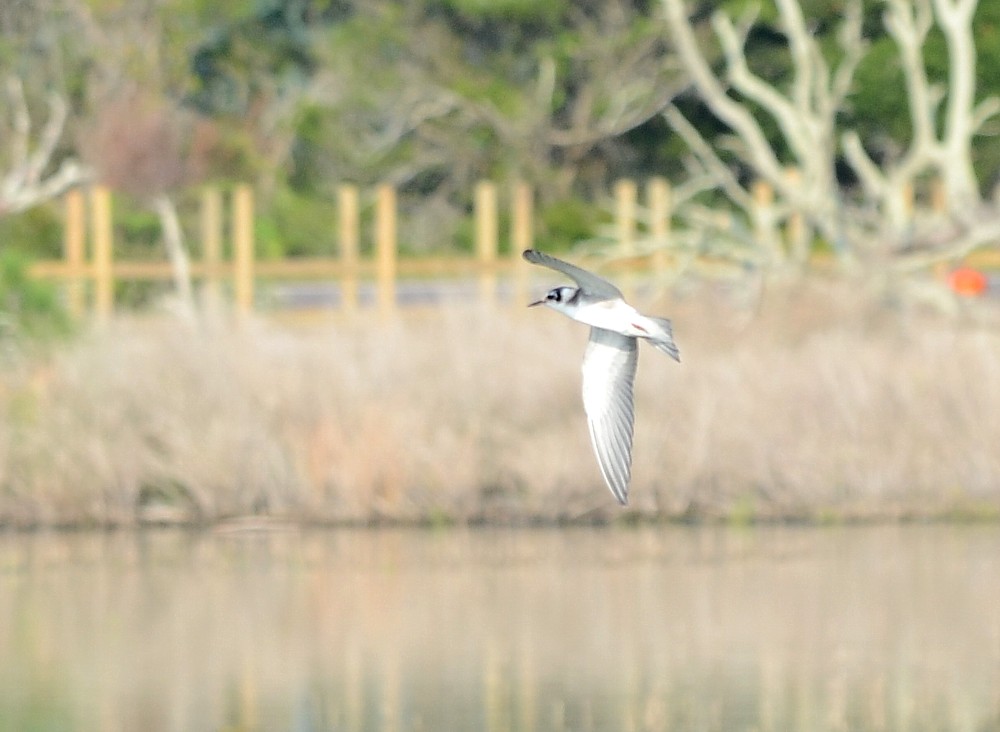 An Acadian Flycatcher was not the easy bird to find. Usually I see Acadian Flycatcher every year at Reddie Point but not this year yet. One time I tried in Pecan Park where Kevin saw them, but unsuccessfully. Finally August 14'th was my lucky day. I tried Reddie Point again with no luck and just in case I checked also nearby Blue Cypress Park. When I was doing the paved loop trail I saw little movement in leaves. I checked it out and noticed a Acadian flycatcher. Before I was able to get a photo the bird disappered. Little later I saw it again for a moment and that's all. 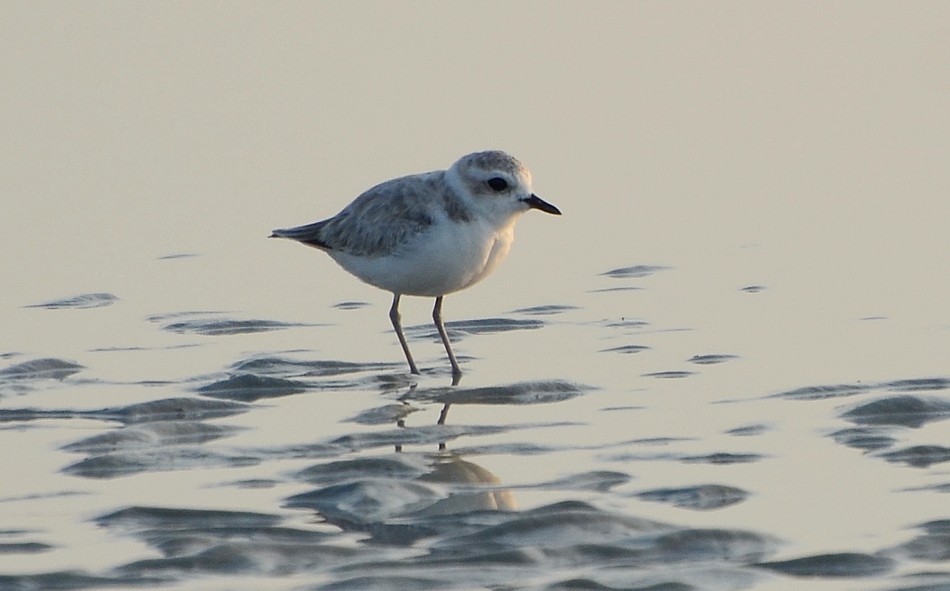 Snowy Plover showed up at Little Talbot State Park. I was sure that the bird was at North end of park. One morning I took special time for that. I walked all away to the north end, about 3 miles. There were lots of Common Terns and Black Terns. Only bird what I did not find was Snowy Plover. Now I had to walk back 3 miles. Luckily park ranger happend to come by and took me back to the parking lot. 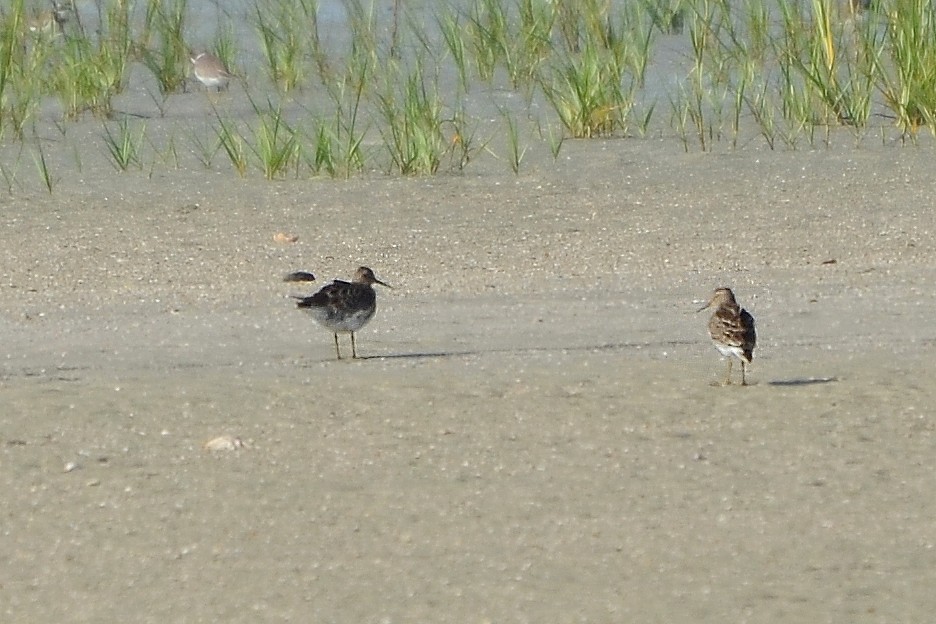 The same day I got another good bird from Huguenot Park - a Pectoral Sandpiper. While I was chasing Marbled Godwit, unsuccessfully, again! I noticed 2 Pectorals on mudflat. Nice birds, always glad to see them.

One day I was in Blue Cypress park when I heard unusual call. In my suprice I noticed parrot nearby, that was Rosy-faced Lovebird, very interesting. When I was leaving from park, the bird was looking food on a ground, hopefully it finds some. Of cause it was just an escaped pet bird but still really cool to see it in wild.

That's all for this month, next month should be even better. Warblers are coming! 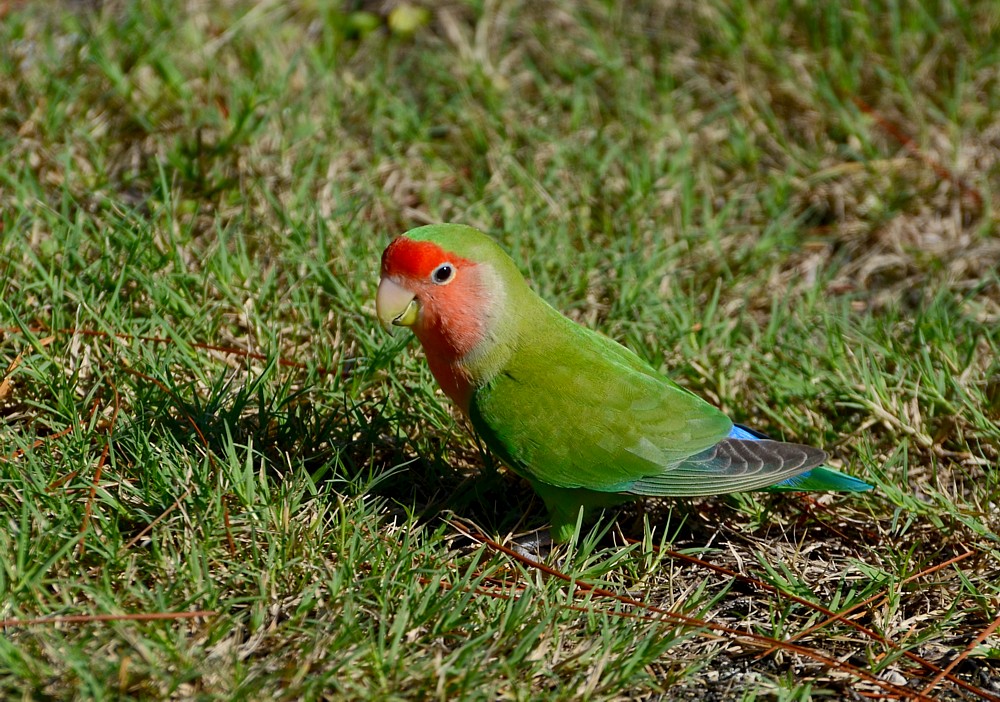