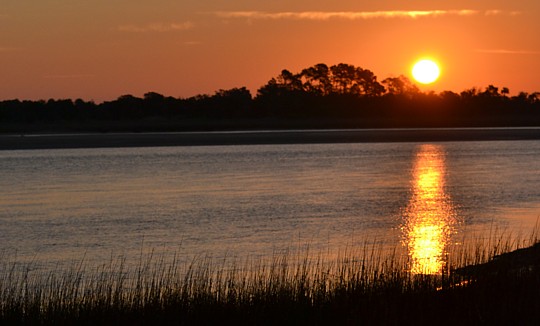 My BIG DAY started before sunrise in Fort George Island, by the way the same location were last year. I was hoping to hear Screech, Barred and Great Horned Owl, but ended up hearing just Great Horned, oh well better than nothing. My first bird I saw was by the way Hermit Trush, right before sunrise, on the road.

When it got lighter I drove to nearby Ribault Club. This is a good place was birding. Here I got my first 30 species. By 8 am I was already at Huguenot Park, one of the best places for birding. Within next two hours I found 43 species, including Horned Grebe, Piping Plover, Northern Harrier and Red-breasted Mergansers. 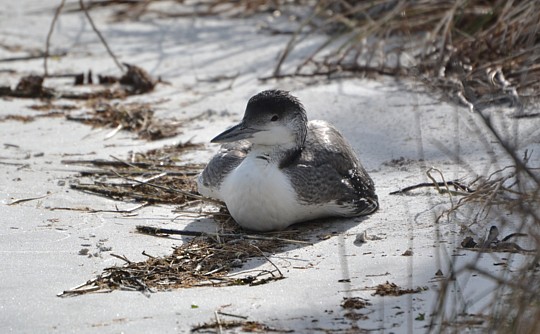 Next stop was Alamacani Boat Ramp. I found Common Loon near water on a sand, and didn't care about me taking some portrait pictures of him. I think he was feeling sick.

From there I drove to close by Fort George Inlets. Here I got Bufflehead, Bald Eagle, Killdeer and few more.

Jim King Boat Ramp park gave me 10 Greater Yellowlegs, they were all stick together in a little shellriff island. It was fun to watch how coming tide was pushing them closer and closer to each other. Finally they couldn't fit there anymore, and had to fly away to find a better resting place.

New Berlin Road North Point field gave me American Kestrel, and Loggerhead Shrike, and White Ibises, and that’s it, so I drove to the nearby Elementary School. Here I found 7 Blue-winged Teals in the pond. First I thought they were Green-wings. I had hard time to see them behind the fence and hill, but I managed to take some pictures, and got correct ID later.

My next location was Pumpkin Hill Preserve. Right at the entrance was flock of Brown-headed Nuthatches. Just in case I played tape for Red-breasted Nuthatches, and he answered. I was so glad because Red-breasted are hard to find. My Pumpkin Hill target bird was actually Northern Bobwhite. I was looking it all over, when finally flock of 7 flow off right front of me. Good bird, hard to find. 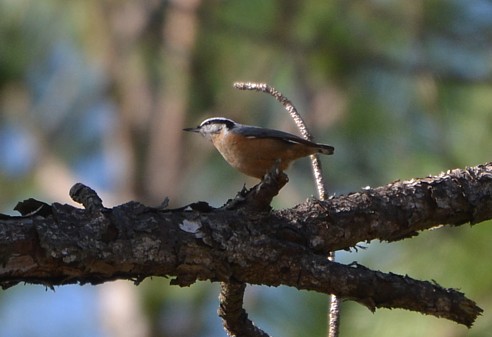 Now, it was time to head back to town and get something to eat. I knew McDonalds must have some House Sparrows and Rock Doves nearby, can’t miss them, and I was right.

After lunch I drove to Blue Cypress Park. That place gave me just few new birds, but after all any new bird for my Big Day list is a good bird.

After 30 minutes I moved to nearby Reddie Point Preserve. I know that entrance pond have always Black-crowned Herons, and I needed them. They are always there; I counted all together 54 of them.

So called Big Sand pond gave me Lesser Scaup, Ruddy Ducks and American Coots. Now the day was almost over, and I had time to go just one more place, what it would be. Of cause I can’t skip my closest birding place, Theodore Roosevelt Area.
I made a right choice, I found my last 5 missing birds: Northern Flicker, Sedge Wren, Marsh Wren, Tree Swallows and Wood Storks. I was hoping to hear some owls on a way back, but didn't have that luck, but that’s ok.

I ended my Big Day with solid 103 species, not bad at all. Good way to start Duval County Big Year 2013.