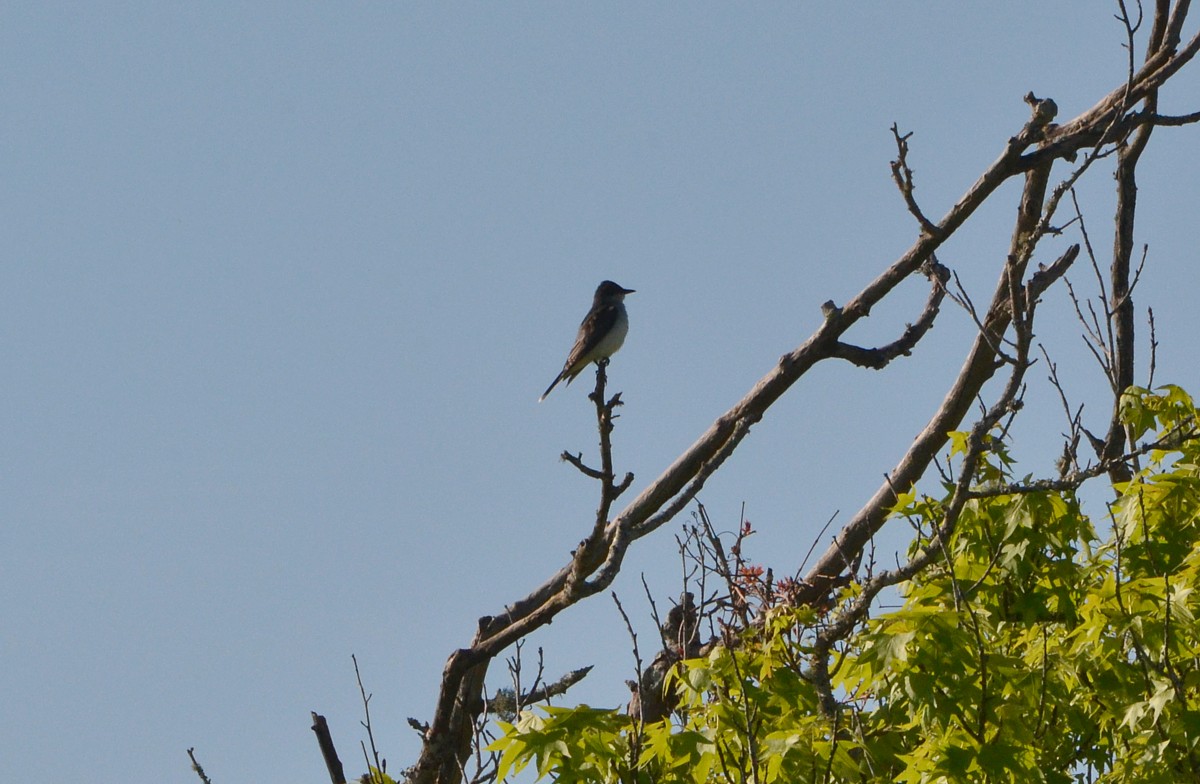 April was my record month seeing new year birds. I saw 25 new yearbirs, almost every day something new showed up. What makes birding interesting is that you never know what you may find, and the best time is spring when birds are on move.

My first year bird in April was Eastern Kingbird at Hanna Park. It's easy to recognise this kingbird by white bottom, black top and white tail tip.

Hanna can be very good for birding if you go there early before people show up. If you go there middle of the day then probably not much to see. So keep in mind, if you want to bird at Hanna, go there as early as possible. 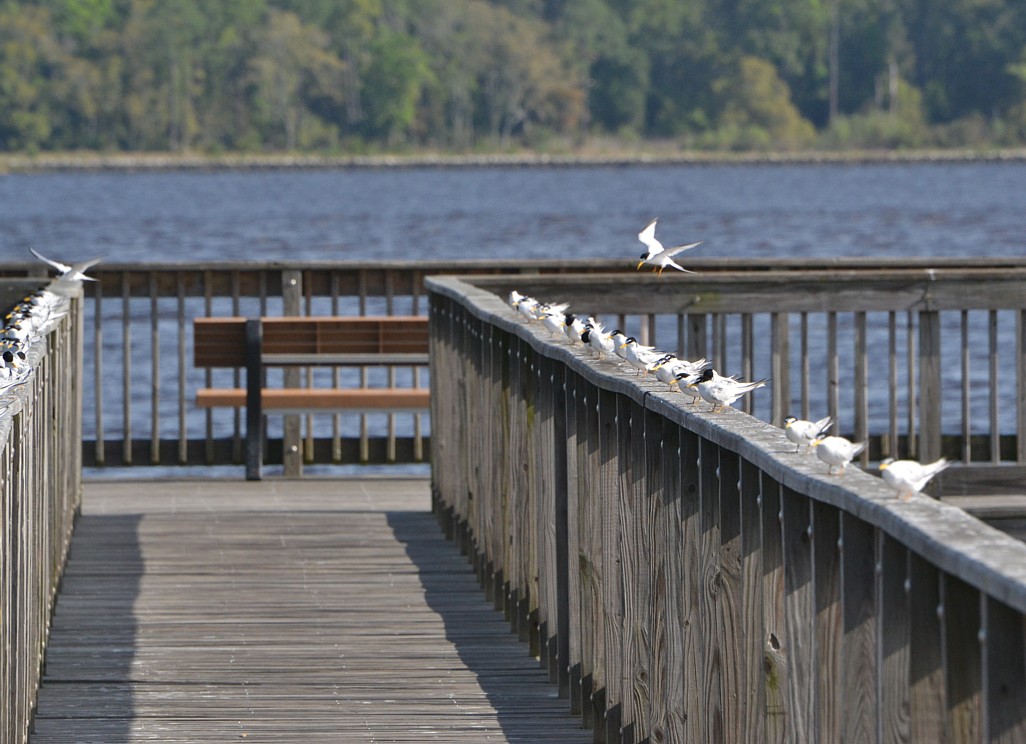 Numerous Least Terns showed up at St.Johns river. One day I counted at Reddie Point up to 110. One of their favorite resting place was a fishing pier. To see so many of them altogether was an extraordinaly event.

The same day I saw my first Gull-billed Tern in Huguenot Memorial Park. They are hard to find birds but they nest there, so it's not too difficult to see them there. 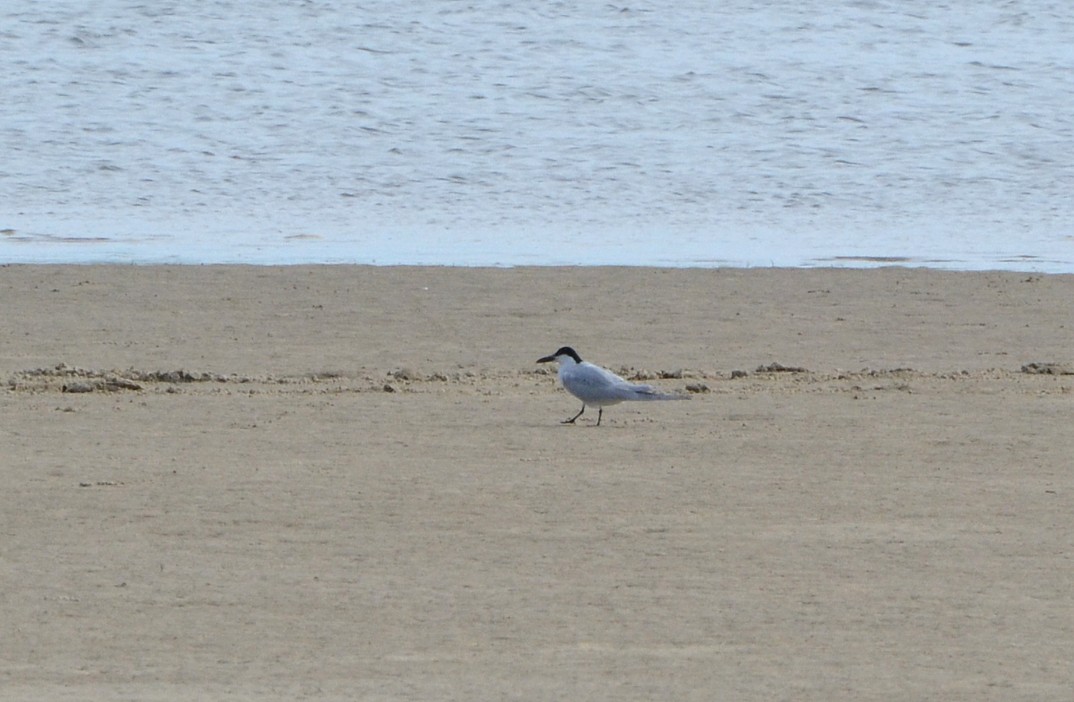 There was a report about an American Avocet by the Heckcherd Rd. I didn't have a luck with Avocets, but I found instead two Black-necked Stilts on mud flat.

Next day, April 6th, I went back to Reddie Point and found lots of birds. Within abou three hours I found 65 species of birds, including Cape May Warbler, American Redstart, Worm-eating Warbler and Ruby-throated Hummingbird. Sometimes Reddie Point Preserve can be really productive. 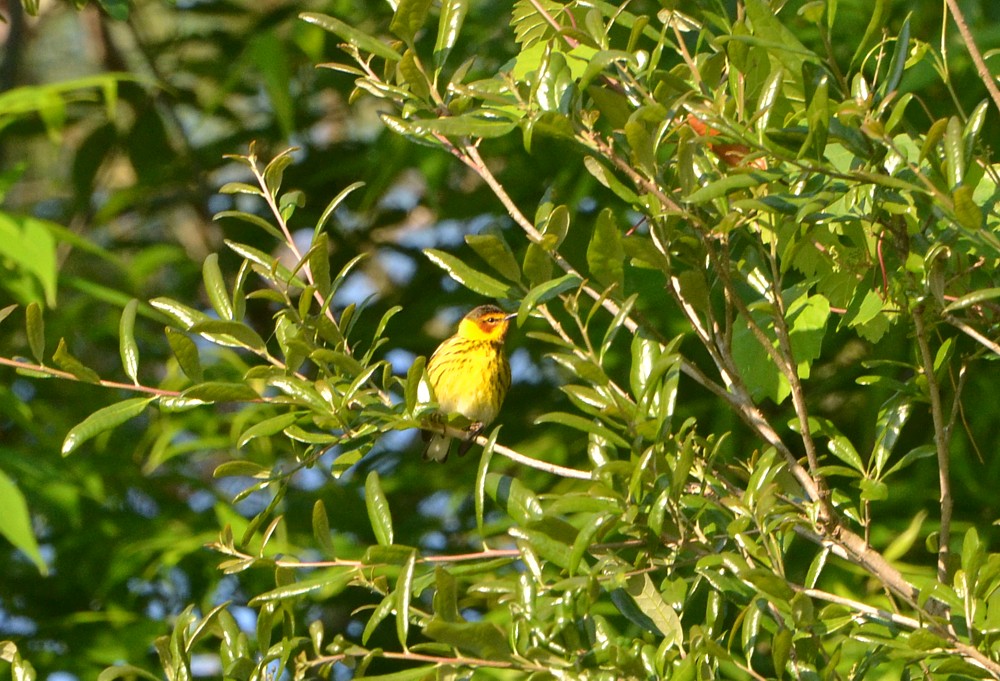 I noticed little bird way overhead and snapped photo at Reddie Point. When I blow picture up and saw that it is my first Blue Grosbeak for this year. Sometimes it's good to take photo even it is just little bird way up in a sky.

One night I went Theodore Roosevelt Area at sunset to see if Great Horned Owls are showing up again by the marsh area. I have seen them there almost always if I go there at sunset. If you stand on the marsh view platform and facing east, then you could see them on other side in tree tops. 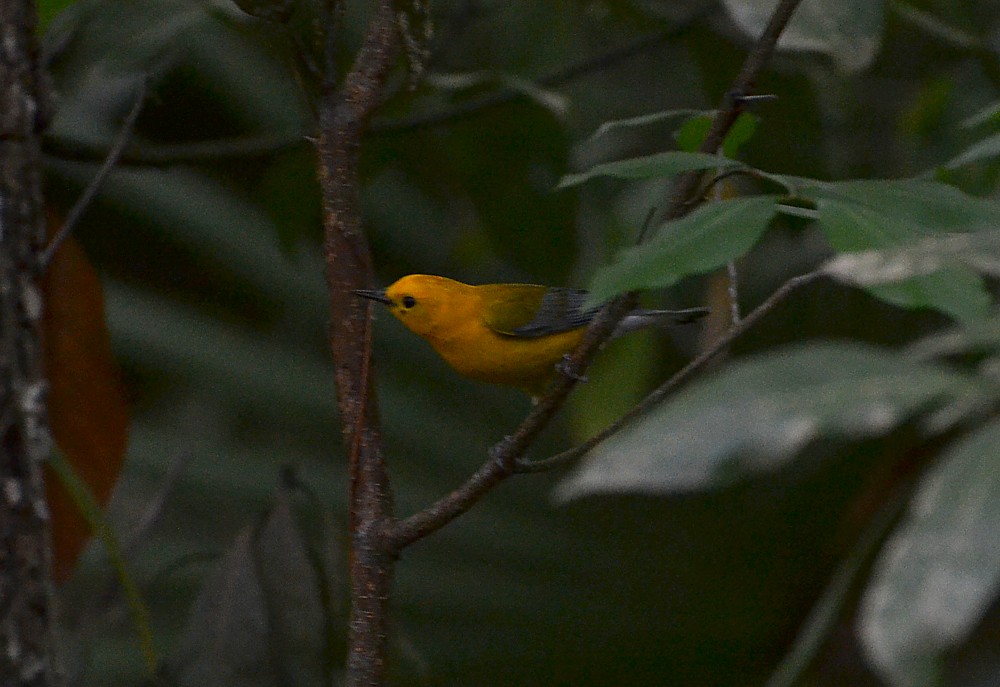 Sun went down and birds got really active. I heard many Clapper Rails and also Soras were calling. This was my first Sora for this year. Owls showed up also as I was expecting and gave me a nice show.

Whimbrels are back at Huguenot again. My first one was April 13.

Back to Reddie Point. Reddie is one of my favorite birding hotspots, especially at migration time. Something is there what attracts the birds, probably because it's right where river takes 90 degrees curb and birds find this corner a good place to stop. 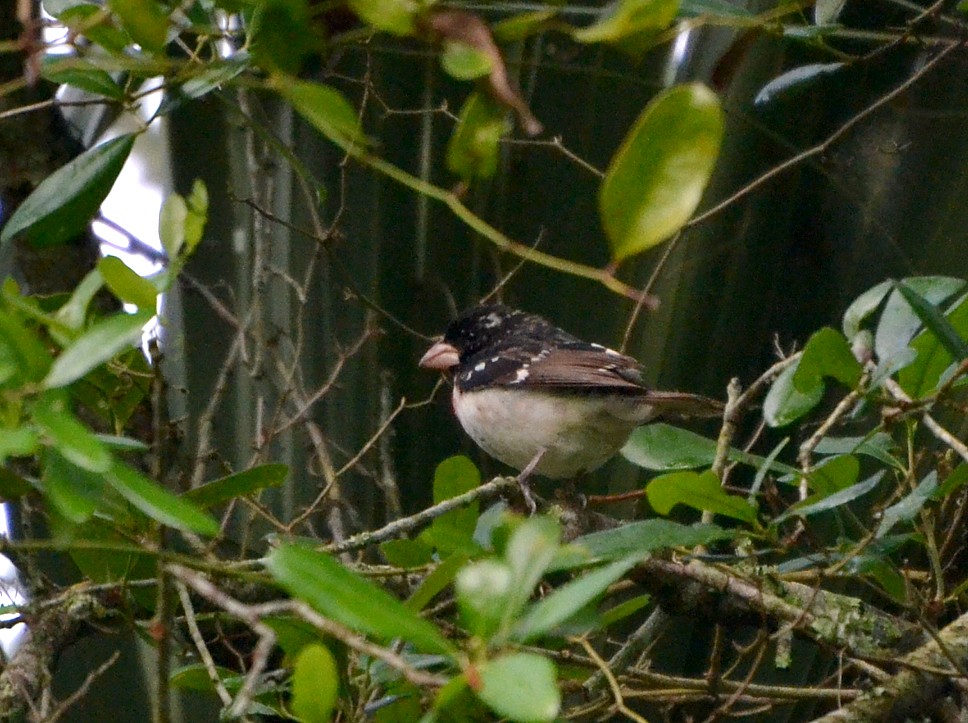 Rose-breasted Grosbeaks showed up at Reddie Point at April 19'th. I saw 2 males and one female. Always good to see them. It happens maybe one or two times a year only.

Really beautiful bright red Scarlet Tanager with black wings showed up at Reddie Point, but unfortunally I didn't get good photo, but here it is.

Next day I saw there my first Yellow-billed Cuckoo. It's pretty easy to find Cuckoo again once it moves because Cuckoo won't fly far away like most of the birds.

In some reason I don't go birding often to Jacksonville Arboretum. Actually I should because it is perfect habitat for Black-throated Blue Warbler, Swainson's Thrush, Northern Waterthrush and Veery. These are the birds I found there within two days. 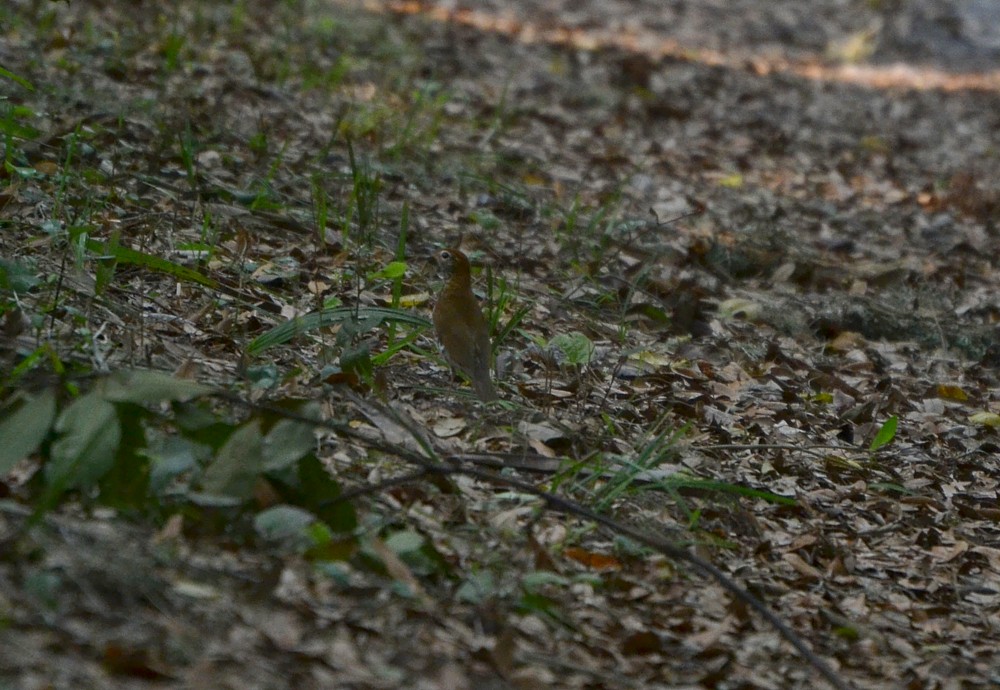 The best bird Wood Thrush was on the trail at Theodore Roosevelt Area. Last one I saw goes back to 2010, it's a good bird to find.

And the last year bird in April was a Bobolink. I went to Sheffield Park to look for them after Kevin's eBird alert from there.

In April I saw 25 new yearbirds. Some of them were really good. This month brought my yearlist up to 205 species. 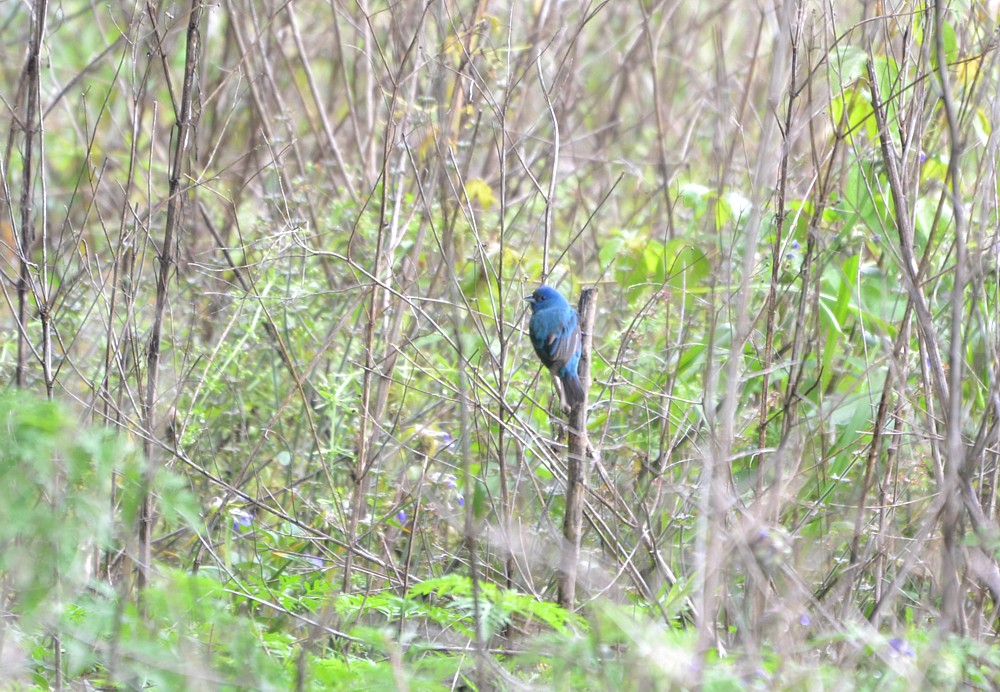