Beginning of May was busy finding new yearbirds. I added 15 new species, which brought my 2013 Year List up to 210 species. All together I found 130 species in May, most of them in first two weeks period.

A month started with stormy weather. Wind and rain was blowing from the ocean bringing pelagic birds near shore. Dave and I tried to take an advantage of this weather, hoping to see some pelagic rareties from the shore. Because it was raining we decided to stay under the bridge at Fort George Inlets and look out for passing shorebirds.

Soon we noticed dark tern flying nearby. I snapped quick pictures before finding out who we're dealing with. Tern was giving as pretty good views. We were sure that this is a rare Sooty Tern, but couldn't rule out a Bridled; actually both are rarities around here. Luckily I got good photos to confirm that our bird was a Sooty Tern. Good bird for North-Florida, and lifer for me. Last confirmed sighting in Duval County goes back to 2008. 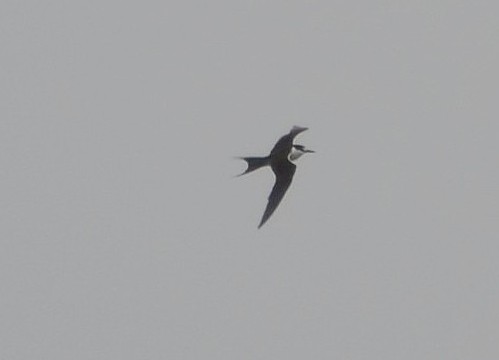 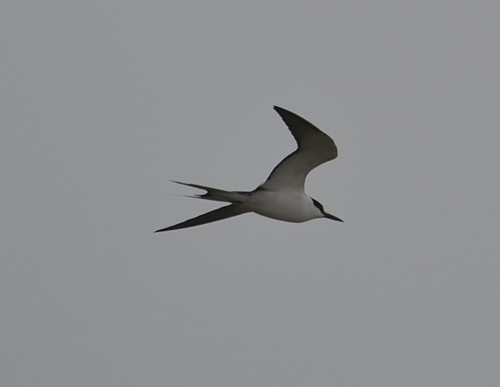 It didn't take long when Kevin got there, he couldn't miss a chance to see some rare pelagic birds. Unfortunately no more Sooty Terns, but we had a luck to see a Parasitic Jaeger, and some Common Terns, also two Gull-billed Terns were on nearby sandbar, all new species for my year list.

After 2-3 hours we all drove to our next destination M&M Dairy. That field hosted lots of shorebirds. We found rare White-ramped Sandpiper in flock of 30 Least Sandpipers, another lifer for me. This day brought me 8 new year birds, three of them lifers. This was one of the kind day. 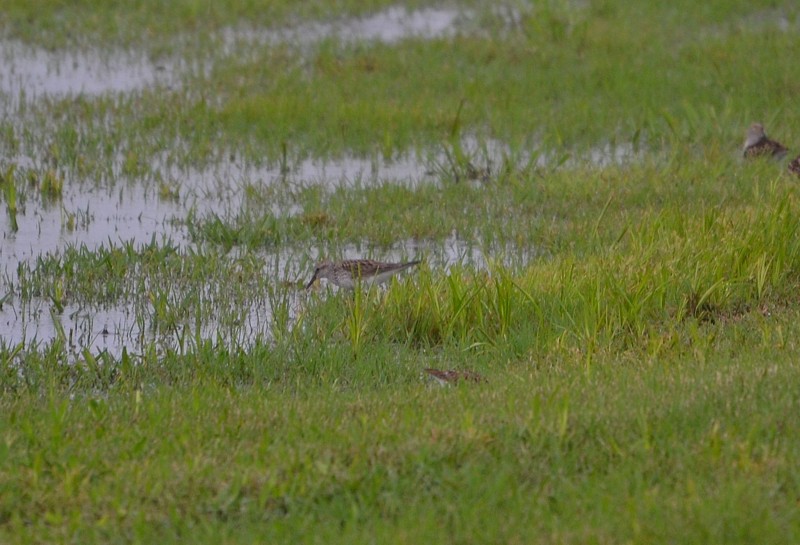 Few days later Kevin sent me message that Black-bellied Whistling-Ducks are at M&M. It didn't take long when I got there. Three of them were resting nearby pond. The funny thing is that these ducks show up always at the same time period, first week of May, and then they are gone for whole year. This year might be different, because Black-bellied Whistling Ducks expanding their range in Florida.

Another rarity is White-winged Scoter with Black Scoters at Huguenot park. They still hanging around there, at the time I'm writing this. Would be interesting to know what makes Scoters so common this year. 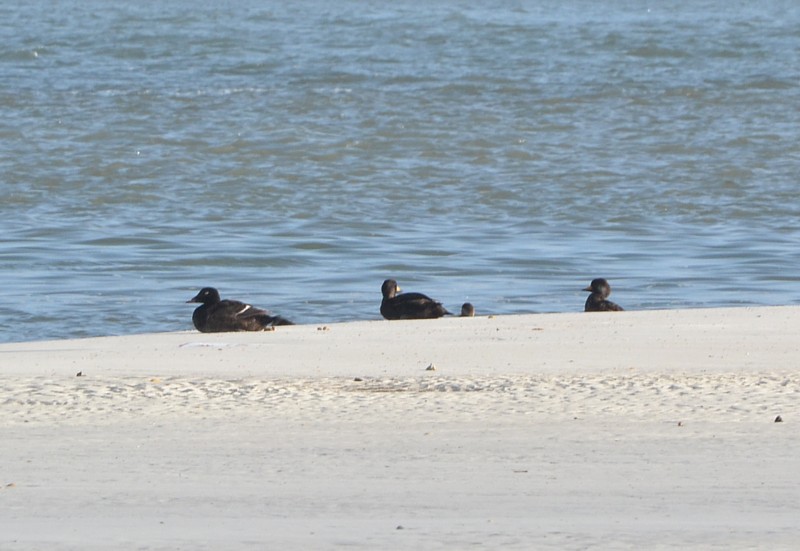 Two last yearbirds this month are Mississippi Kite and Reddish Egret. People had seen Mississippi Kite all over the places, except me. Luckily on a way to Beltz-Tiger Point I noticed one of them flying over. The shape of the tail and the wings were unmistakable. I quickly stopped the car and tried to snap a picture, but the bird was already too far.

Last yearbird of the month was Reddish Egret. I saw this guy at Beltz-Tiger Point. It's pretty normal time for him to be around, but I haven't had a chance to see it yet, but now I can tick off that bird also.

That's it for now. Next month will be very slow, slowest month of the year. Spring migration is over and fall migration haven't started yet, and local birds are busy nesting. The good news is that June is a friendly competition month "June Challenge". Rules are simple, try to see as many species as possible, but difference is that you have to see them, not just hear. The funny thing is that I haven't decided yet to participate or not, but I have to decide it now because "June Challenge" starts TOMORROW!!