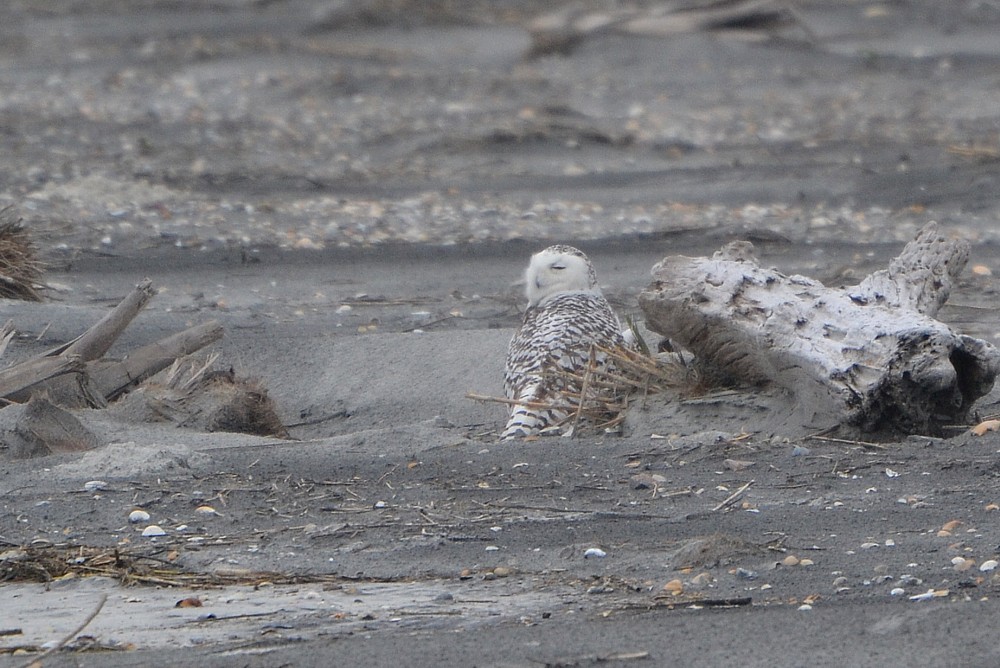 January is an exciting month. It means that you can start filling out that year list again; all the birds you see are new, what an exciting time. When I stepping out of door in January first, I'm always thinking what would be the first bird I see?

Last couple of years I been starting my new year first birding day on Fort George Island with owling. But this year I and Kevin decided to get started at Beltz-Tiger Point Preserve. That’s where we left off at Christmas Count, December 28’th. Last bird we got then was an Eastern Woodcock, and that’s why we are here again.

We weren’t there the only ones. Mr. and Mr. Becker's were already there waiting for Woodcock flyover. But Woodcock wasn’t the only one who showed up, park ranger walked out from dark to check out what the people doing here that early. Luckily he was ok with us, altough park was still officially closed. After little talking with us he left and we were able to get back to Woodcock business. Just when we were about to give up, Woodcock finally did an expected flyover. So, Woodcock became a first bird of the year (let's say we didn't hear that Black-crowned Night-Heron's call).

Next we walked unsuccessfully in Pumpkin Hill for Brown-headed Nuthatch and Northern Bobwhite. Seeing only few new year birds we moved to Sheffield Park where we found all together 26 new species. Wilson Snipe, Bufflehead and American Wigeon were the highlights. 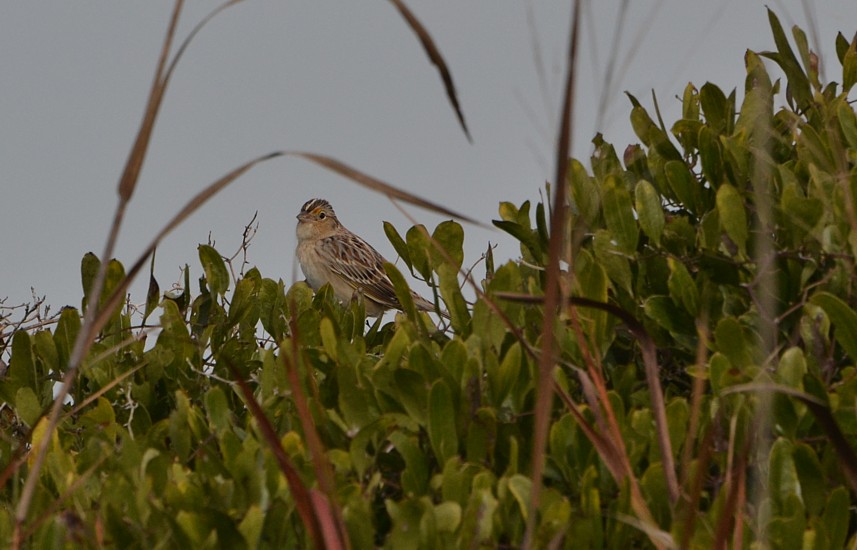 Now was the time to go and get those Florida rarities - Snowy Owl and Snow Buntings from Little Talbot and Huguenot Park. Snowy Owl was easy to find, just follow the growd of birders, but Snow Buntings were no show that day, luckily I was able to get buntings couple of days later as expected.

Little Talbot holded for us a little surprise. Grasshopper Sparrow was reported couple of days earlier, and luckily we were able to relocate this hard to see sparrow again. Nice!

I did't get much sleep that night, only few hours, remember what day it was, and by now it really started to effect my birding ability. I just couldn’t keep focus what I was doing. Also it started raining so that was a good reason to call off birding and get back home. Kevin continued birding in Arlington area parks Reddie Point and Blue Cypress.

I was just finishing my lunch when Kevin sent me text message from Reddie Point, “Lot’s of birds around”. Of cause I couldn’t stay home. Rain was almost over so that I got back to park, but not for a long. After picking up some good birds like American Bittern at Blue Cypress I was completely out and ready to go back home. Kevin said that you really are out... birding from a car. Two hours sleep last night was not enough, so I called the day off for sure. 94 species for the first day, not bad, but lot less than Kevin’s list, 114.

Few days later Kevin texted me about the 4-5 Western Kingbirds at Heckscherd road. By the way, I got lucky with that one. I couldn’t find them first, but on a way back from Huguenot, I stopped again at the pointed location, and as soon as I pulled to the parking lot, I noticed one Kingbird on a wire. I stopped the car at middle of the road and snapped few pics, just in case if it takes off. I was lucky to get picture because it took off and flew over the river to Mayport. Least I had a picture to prove I saw it. 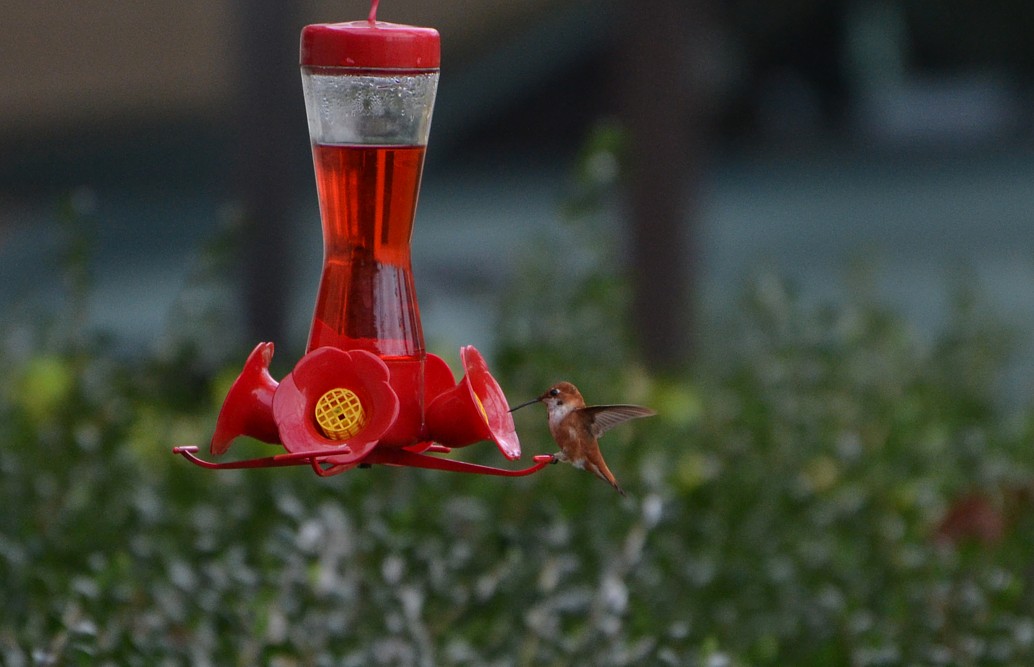 Next day I was back in birding. I got some good birds like Field Sparrow at Sheffield park. Last time I saw Field Sparrow was back in 2010. I was looking for this Sparrow actively back in December with no luck, least I got one now. I wish I got a photo, but it took off before I was able to snap a photo.

One day I decided to get out to Fort George Island before sunrise so that I could get the Screech Owl. After playing the call it answered as expected. I was hoping to get also a Great Horned and the Barred Owls to call back too, but no show for them.

I already gave up with other owls when suddenly Great Horned Owl hooked right nearby, didn’t expect that, because day already started, but I’m glad I got this guy out of the way. 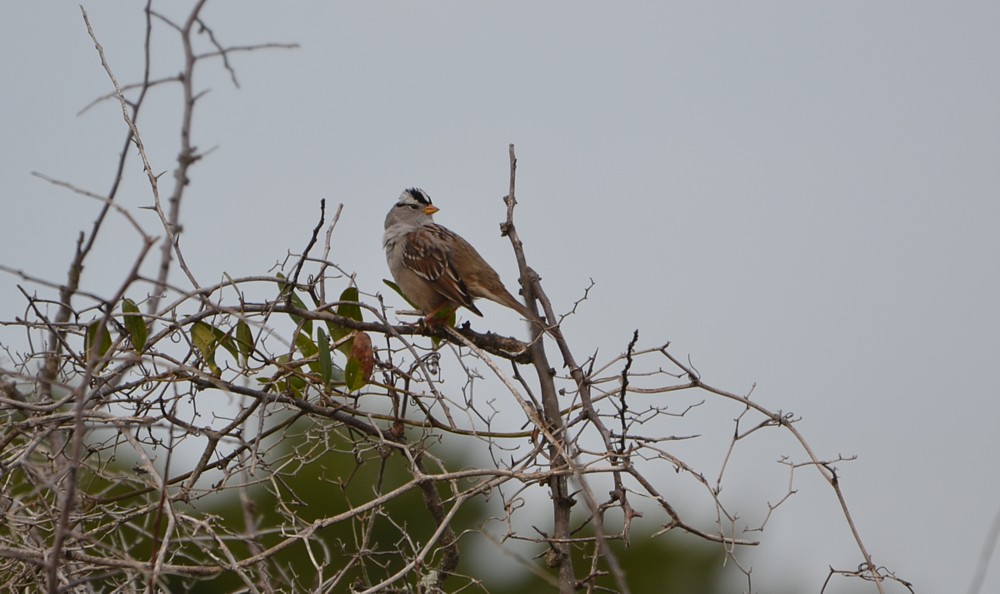 Owls were not the only good birds in that day. Dave sent me picture of Rufous Hummingbird from his home feeder. So, I headed there and didn’t have to wait long when Rufous showed up. Thanks Dave, Rufous Hummingbird was a lifer for me and rare winter visitor in Florida.

January holded for me more good birds. I got Northern Bobwhites and Brown-headed Nuthatches at Pumpkin Hill, remember we missed them in January first. No problem with Nuthaches, but even Bobwhites were actually easy, I had to walk back to known sparrow hotspot and Bobwhites just popped out one by one, 11 together. That was easy.

Kevin found also White-winged Scoter and a Greater Scaup at Huguenot and I was glad to see them too, thanks Kevin.

American Pipits were on show at Sheffield Park and Rusty Blackbird and Eastern Meadowlarks at M&M Dairy. Northern Pintail I got from Perdue Rd. Pond as expected, and still missing year bird Barred Owl called at Reddie Point. For White-crowned Sparrow I had to go back to Little Talbot, and I got also great pictures of Grasshopper Sparrow over there.

End of the month was busy filling up 2014 year list. Northern Shovelers were at Shell Bay and 3 Vesper Sparrows in Sheffield Park. For Red-headed Woodpeckers I had to go to Boonie Park in downtown. That is a reliable location for them at any given time.

I ended the month with Brown Thrasher and Roseate Spoonbill at Theodore Roosevelt Area. 149 species for January. That’s the same what I got last year at this time. I didn’t even count Mallards or Mottled Ducks now. I know they are mostly all mixed up and eBird flags them, so I don’t even podder to count them now. Maybe, if I find them in remote area with good field marks I would count, but for now I leave them out.