October is a great month for migratory warblers for North-Florida, especially when cold weather front comes through. Mornings with no wind is the best time to go birding.

One of the best locations for migratory warblers is Reddie Point Preserve. Another one is a Theodore Roosevelt Area. Other side of river, Fort George Island has been historically best location for warblers. 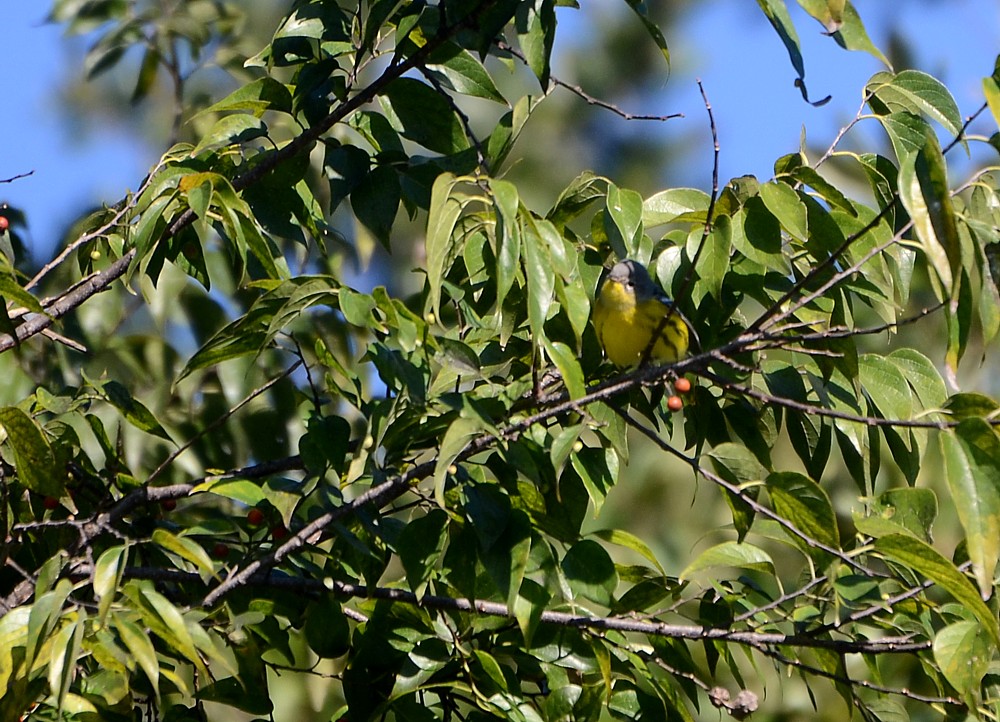 My first yearbird in October wasn't warbler. While birding in Huguenot Park with Charles from Alabama we happen to see Peregrine Falcon flying over. Peregrine Falcon was still missing from my 2014 yearbird list. Unfortunately I couldn't get my camera focused on the bird, so no photos to show, but the good thing is that the bird is on my list now. The best location to find Peregrine has been Huguenot Park.

Most of my October days I was birding at Reddie Point Preserve, because that's where the warblers are. Magnolia Warbler showed up throughout the month. First one I found October 5'th. Beautiful bird, always great to see them.

Nashville Warbler has been seen at Reddie Point before I got to see it. Finally I found one nearby Blue Cypress Park, the same place and time where last year. Maybe it's the same bird, they like to visit the same places if they find food there. I didn't get a good photo but gray head and full eye ring is visible. 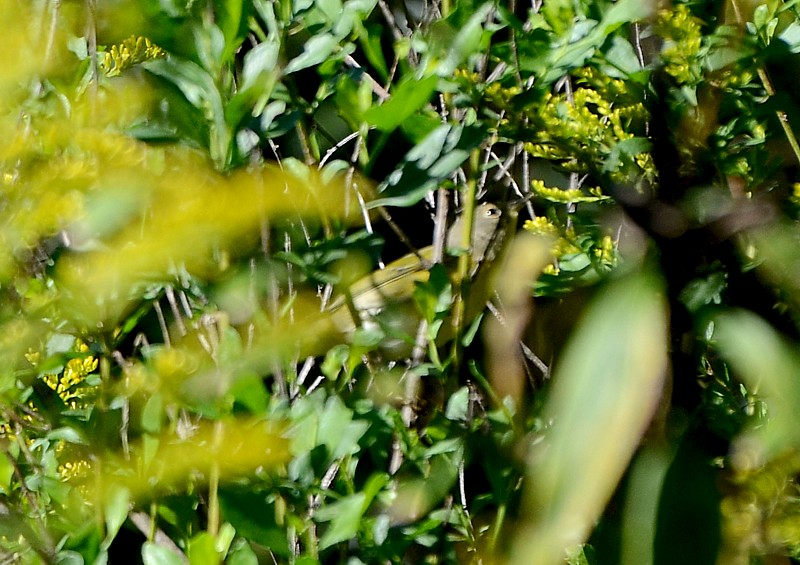 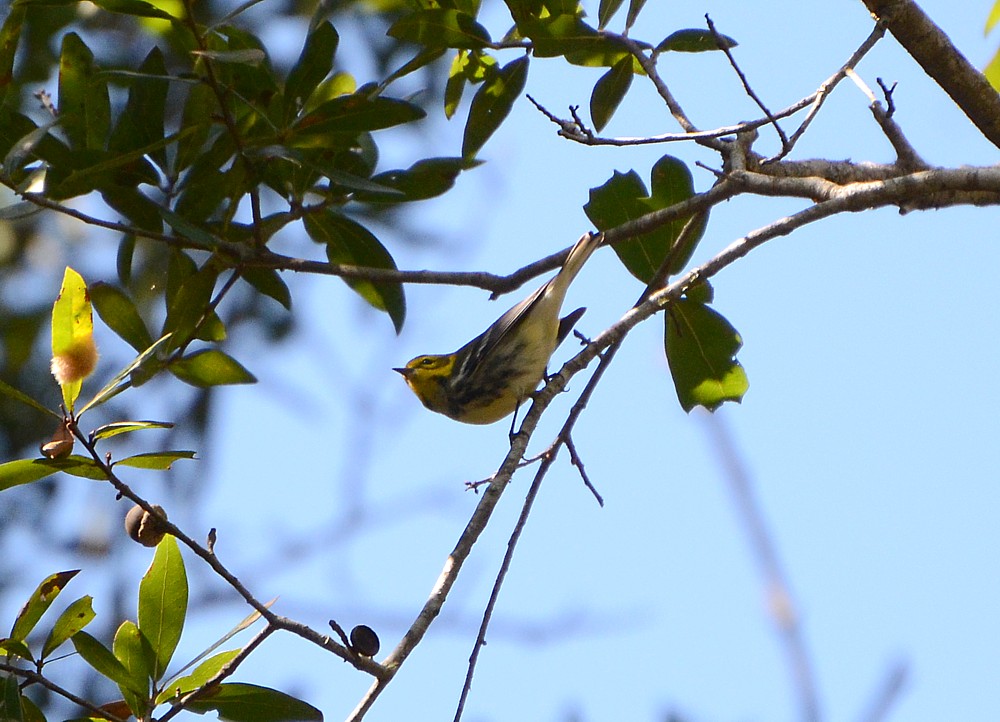 Like I said Fort George Island has been historically great location for migratory warblers. I was birding there October 17'th and found within couple of hours 14 species of warblers. The best ones were Black-throated Green and Bay-breasted Warbler. There were least two Black-throated Greens or maybe four, because I saw two birds in two different locations.

Next day at Theodore Roosevelt Area was almost as good as Fort George birding. I found 13 species of warblers, including least two Bay-breasted Warblers again. 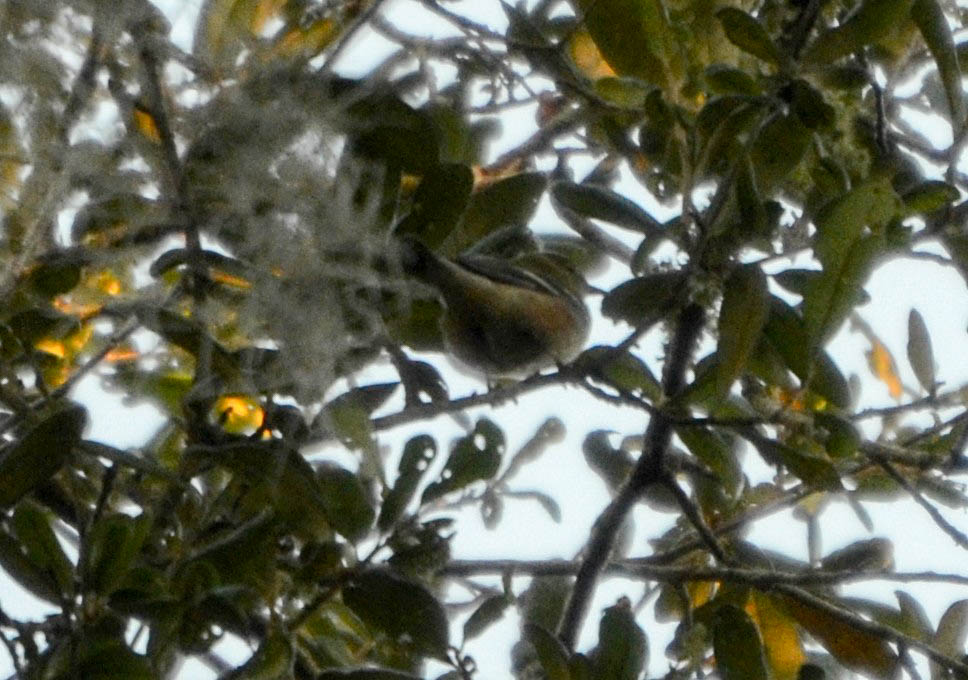 Week later I was doing bird guiding for two people from Canada. They were staying at Amelia Island Resort. We started a day at Big Talbot Island. Lots of birds were around but for me personally Green-winged Teal at Spoonbill Pond was the best one. I still needed it for my 2014 yearlist.

End of the month Yellow-ramped Warblers started to show up and we all know what that means - fall warbler migration has reached to the end. That's OK because November is a great month also, sparrows and ducks coming back. Winter season is starting now! 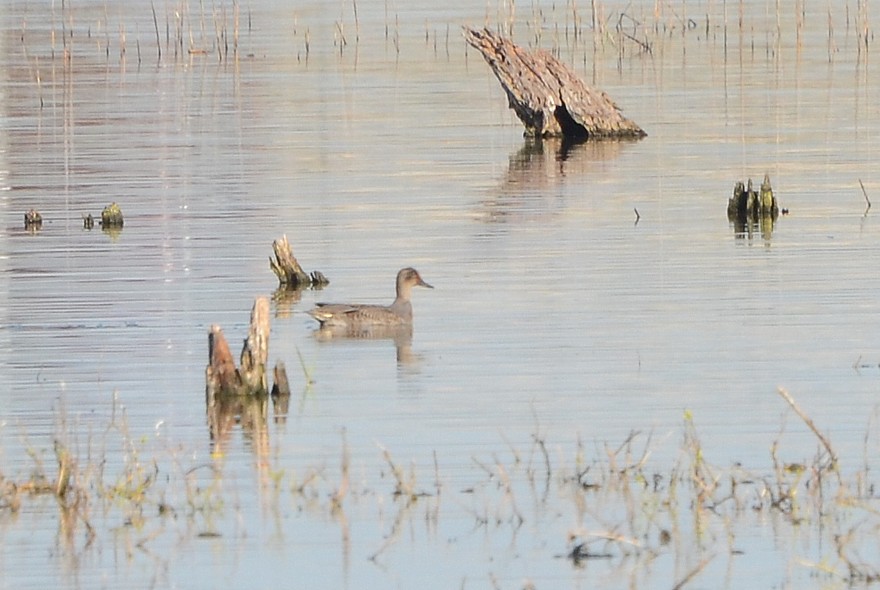