July and August was almost dead birding. Local birds were busy with nesting and migration birds were all gone. I found almost no new, year birds, if not to count Least Bittern in July at Hanna Park, and Cliff Swallow in August, at Huguenot Park.

My first fall yearbird was a Limpkin, at Westside Industrial Park. After hearing about Limpkin I drove all away to Westside, and found only some ducks wandering by the lake, but Limpkin was nowhere to be found. Couple of days later I gave another try. Again I didn't see any Limpkins around there and I was about to give up again, but gave one last look, and there it was, in the thick bushy area. I noticed one of them at the water edge. I was able to barely see this guy, but that's all I needed.

Middle of the month got busy. I found Chestnut-sided Warbler hanging around with some other migratory warblers at Theodore Roosevelt Area. Actually, I almost skipped it. Back home I was looking through my pictures and found that one of the birds didn't look right. I sent it to Kevin, and got quick answer: "This, my friend, is a Chestnut-sided Warbler!" How in the world I should know, if it doesn't even have the chestnut sides, I didn't even know that fall birds have just gray bottom. Last Chestnut-sided Warbler, I saw 3 years ago at Fort George Island, looked exactly as the name say, chestnut-sided. Anyway, I was happy to get it on my year list again. 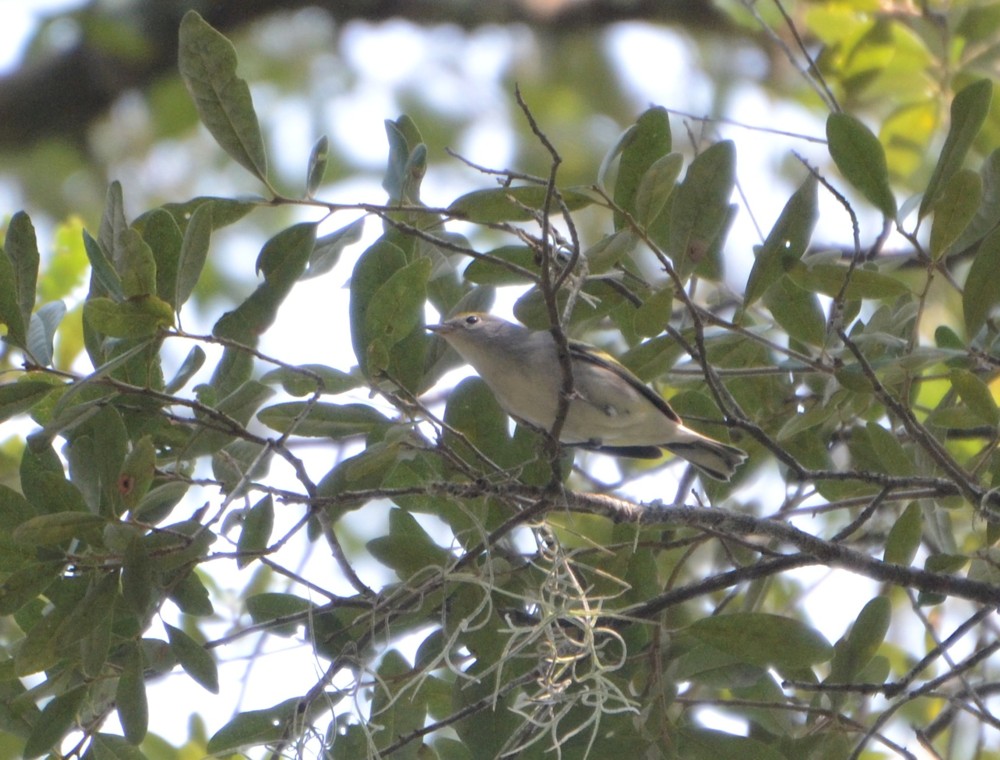 The same day I found at Theodore Roosevelt Area Eastern Wood-Pewee. I was busy trying to find reported Acadian, so that first I thought I found Acadian, but then I took closer look to picture, and noticed that it was Wood-Pewee instead. Its ok, I needed them both. I sent Kevin quick message: "Hunt for the Acadian is still on". 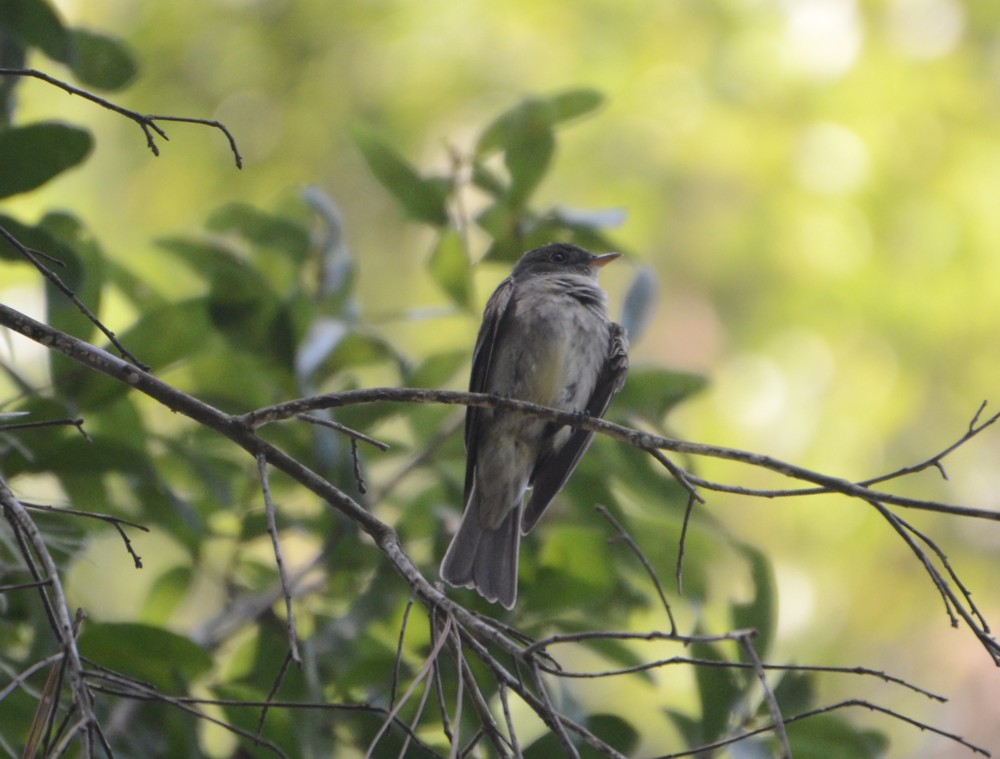 Reddie Point Preserve rewarded me next day with Acadian Flycatcher. Acadian was seen there for several times lately, but I managed to skip it every time. At this time I found this guy further back, up on a magnolia tree, but it flow off before I was able to get the picture. Least I got a good view.

Couple of days later Theodore Roosevelt Area was filled with warblers, almost like a fallout. Warblers were busy flying back and forth between the trees; too many to ID them all.

New bird for me was a Blue-winged Warbler. Yellow face and breast with black eye stripe was well seen. I was so busy looking this great bird that forgot to take even the picture. When I finally grabbed my camera, and pointed that direction, I could just say "Where did it go?" Oh-well, least I got a good view.

Again I must say: Reddie Point never fails. 4 out of 10 new birds were in Reddie Point, and lots of other good birds also.

I haven't seen Baltimore Orioles since 2010, but now two of them were hanging around Reddie Point lake area, and after that first one I saw them 4-5 times later again. They made Reddie Point Park their temporally home. 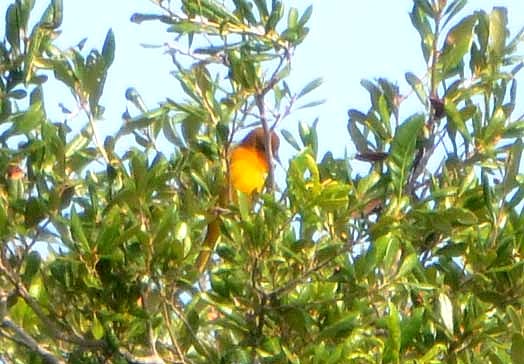 September 20'th, the same day I saw Orioles first, I photographed Least Flycatcher feeding low on flowers. I know it's hard to ID emphis without hearing the call. They are almost identical. I got close-up good pictures. It wasn't Acadian for sure; Willow/Alder Flycatchers would have more slim body and not that strong eye ring like this guy has. Also Least Flycatcher would be most likely in here. At the same time there is a lot of variations between them all. Everyone I asked thinks that it is most likely Least Flycatcher, but can't be 100% sure without hearing a call. 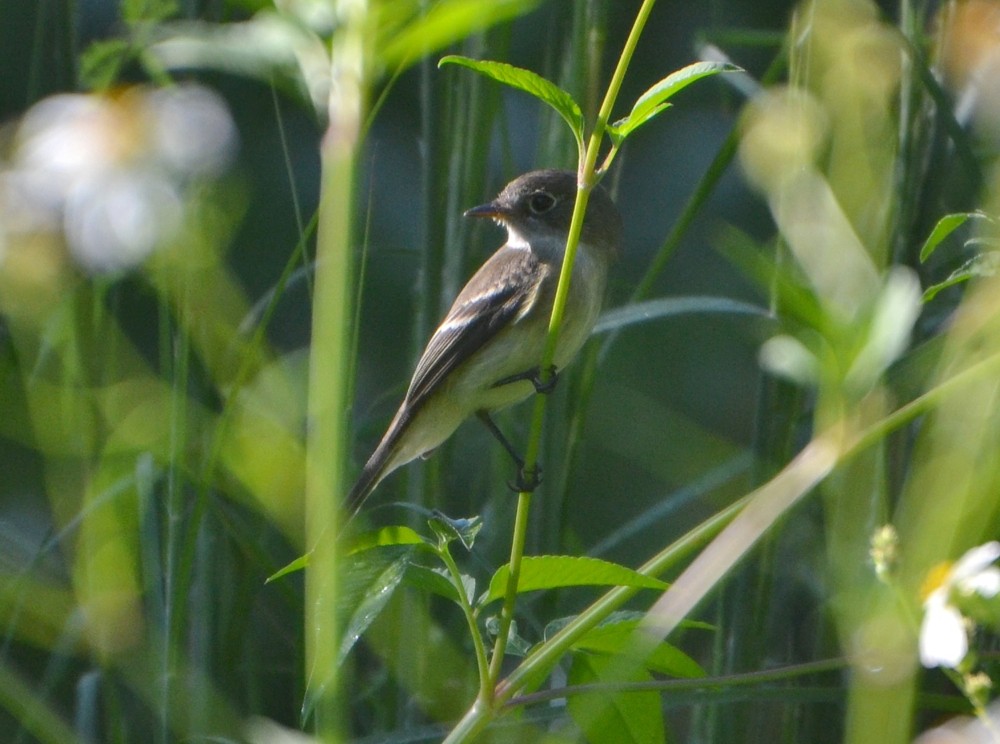 It was raining September 22-nd, but an invisible magnet pulled me out to birding. I decided to give a try at UNF Park. First I heard almost no birds at all, but I wanted to go to back trail, where sometimes you could find some good birds; that was so at this time. I found by the lake flock of warblers, and one of them was new for me, Blackburnian Warbler, a lifer! 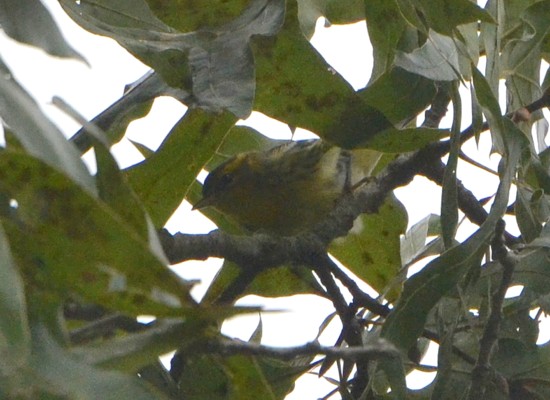 Few days later, back at Reddie Point, I found Magnolia Warbler hanging at the parking lot trees. Another lifer! His black tail tip is a great field mark, can't miss that one. 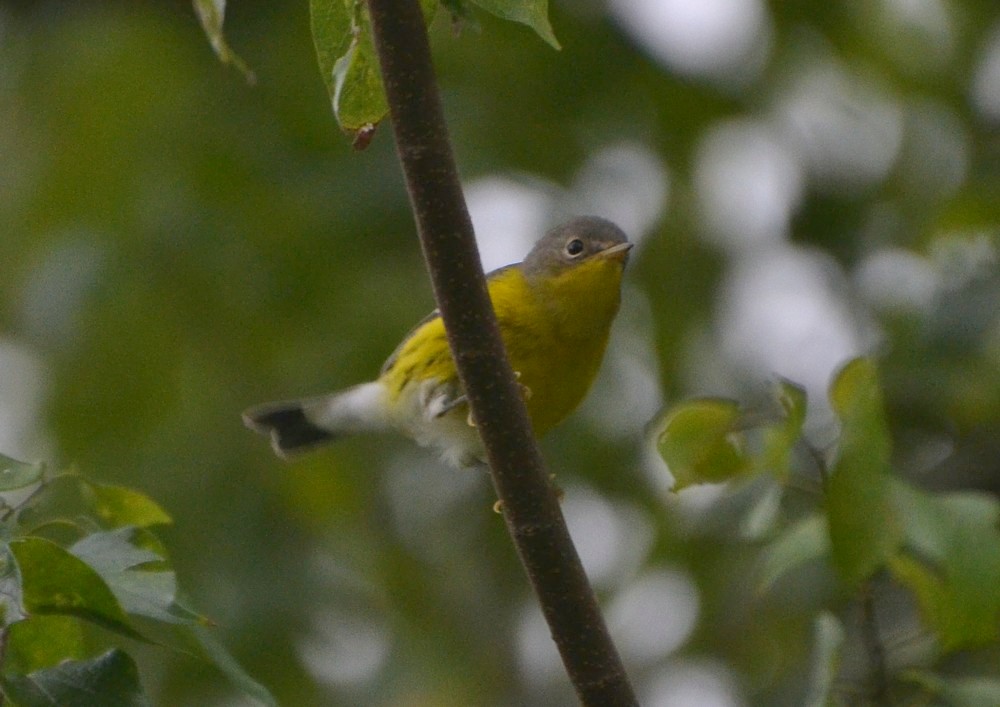 The best bird was left for the last. Nashville warbler was in the loop at Blue Cypress Park. This guy was teasing me a lot. Got some good views but didn't get a picture. I chased it almost two hours and finally I got some good pictures to show others. Nashville Warblers are rare, but has been lately reported. I sent Kevin pic and in 40 minutes he was looking the bird with me. I kept bird close to me, actually birds; there were two of them, by playing a tape time to time till Kevin got to see this guy. That was his life bird also, even after 11 years birding in Duval County. 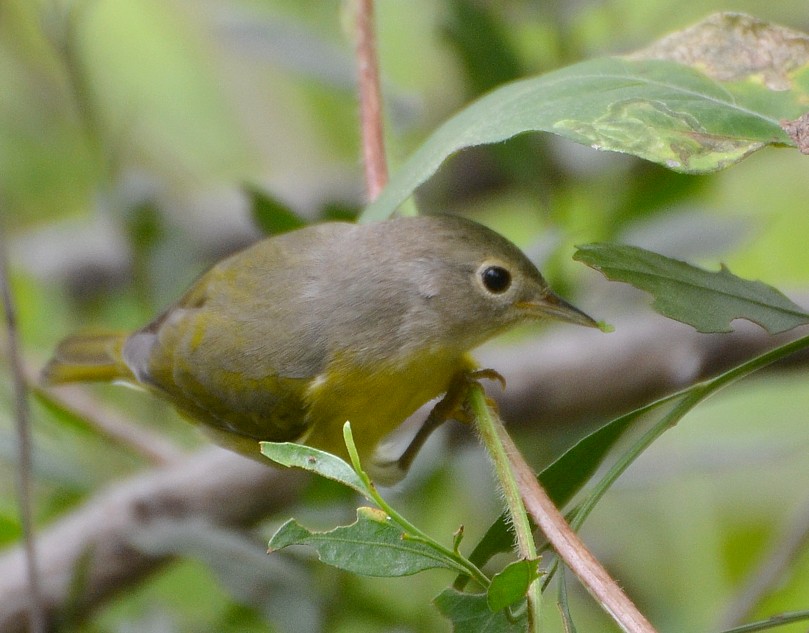 This month was great; great birds, great birding time. Now I have seen so far this year in Duval County 225 species. This is my personal record, and it's getting closer also to all time record.