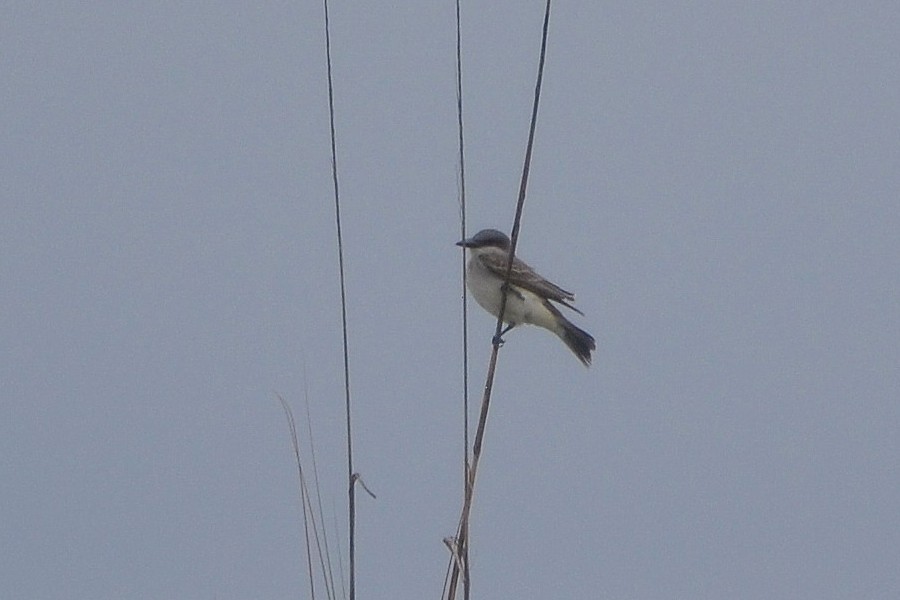 June is for June Challenge. It's simple, you try to find as many different birds as possible in your county. The trick is, you got to see them, not just hear. It makes little difficult with owls and other nocturnal birds. I wasn't sure first if I participate this year's challenge, but soon I was in full June Challenge mode.

June 1'st I decided to check out reported Gray Kingbird sighting at Little Talbot Island. As soon as I pulled into first parking lot I noticed the bird perched on a high grass next to restrooms. I grabbed the binoculars and got a good view of Gray Kingbird. That was a really good luck because these birds don't usually stick around long. The Kingbird was reported few days earlier and was still here. Nice! 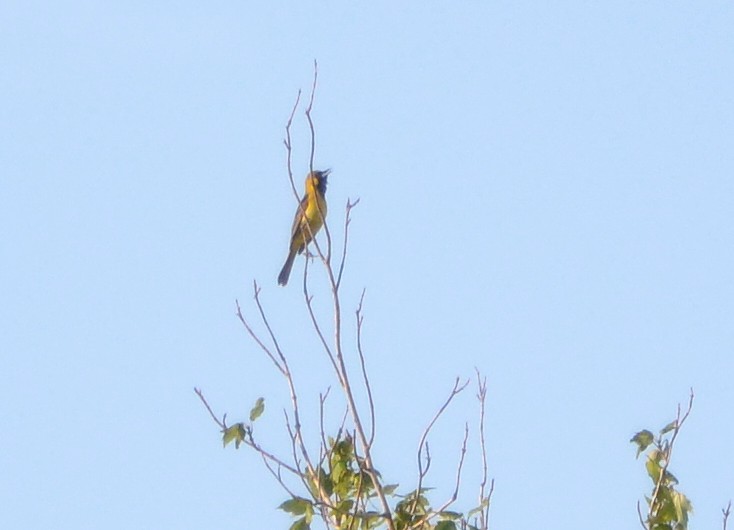 Few days later I was at Hanna Park to look for a Least Bittern. Least Bittern is seen every year at the lake area cattails. When I got there I heard very low "ko-ko-ko-ko…" sound. That's the typical Least Bittern sound. Just to be on a safe side I played a tape once and Bittern answered right away with the same low voice, so no doubt about that. I'm trying not to play tape sounds for our nesting birds, but I wanted to be sure. I was hoping to see the Bittern also for a June Challenge but it never came out. I didn't want to harass the bird too much. That's ok, least I can add it to my 2014 year list. 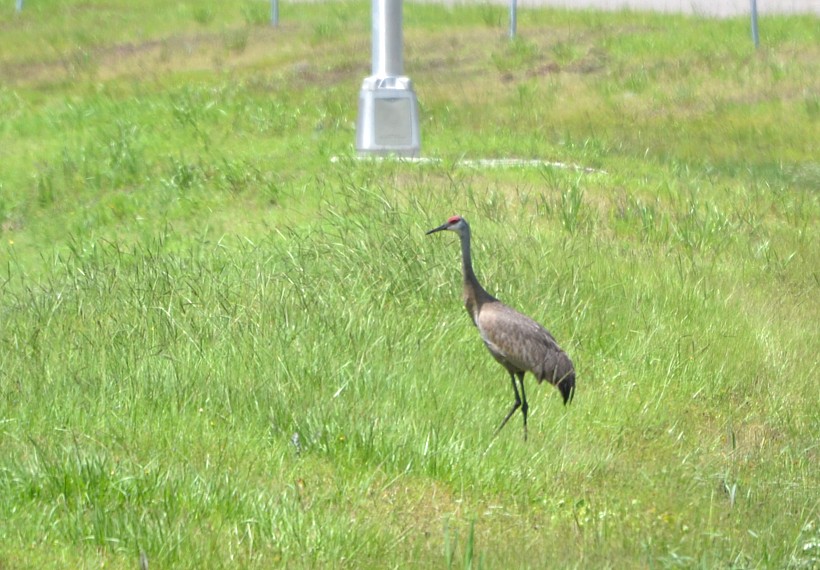 Orchard Oriole showed up at M&M Dairy. It didn't stay long on tree top, but long enough me to take a photo. I think they nest somewhere there or nearby Sheffield park. Last year they were very active around there.

I tried unsuccessfully to add Limpkin to my June Challenge list from westside nesting location but didn't work out. Instead had more luck with Sandhill Crane. One was hanging around by the Cecil Commerce Center Pkwy. That was a good thing because I felt that day like no luck at all. All the target birds, I was looking for, were somewhere else. 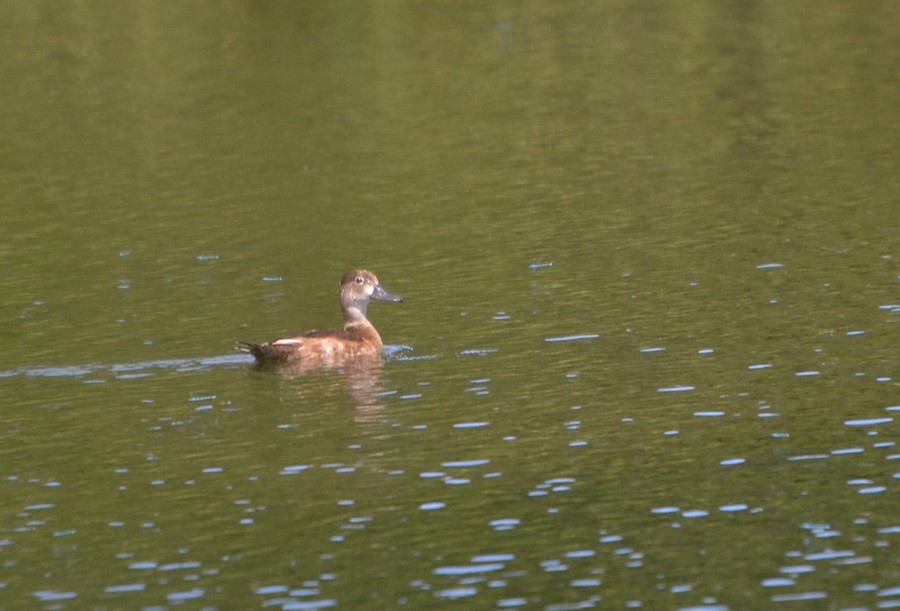 One very late Ring-necked Duck was hanging out at Equestrian Center lake. Last year I got one of them for June Challenge too. Interesting, how this bird is left behind or maybe it's just a wandering juvenile who couldn't wait to see the world. They all will be back later.

If you need to find a Red-headed Woodpecker then usually the best place to go is a Boone park off from Roosevelt Blvd., but this year these woodpeckers decided to find a better place to spend a summer. I tried to find them there three times unsuccessfully. Instead of woodpeckers I found Yellow-throated Vireo singing actively. That was even a better bird because I still needed it to my year list. Here it is, chirping through the leaves. 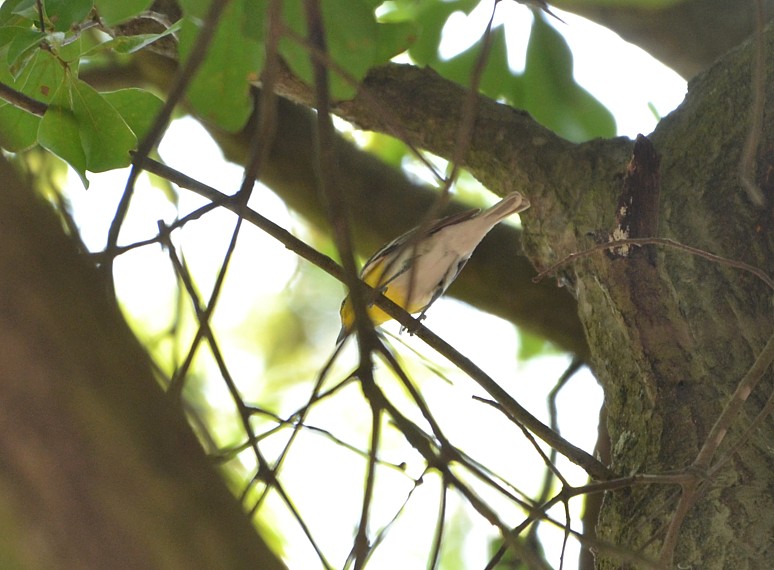 Last day of June I did one more try to add more birds to my June Challenge list. I drove early in a morning to Fort George Island to see Chuck-Will's-Widow before sunrise. I was planning to stop in my usual spot between Rebault Club and Kingsley Plantation and lessen for calls, but as soon as I past Rebault Club I heard Chuck-Will's-Widow calling. I stopped quikly and jumped out. Two Chucks were flying back and forth between tree tops. One landed on the tree branch so that I was able to get a good close-up view. That's actually the best view I have ever got from Chuck-Will's-Widow.

I ended month with 113 + 2(not countable) for my Duval County June Challenge list, and added 5 birds to my year list. Now I have 220 birds in my year list. Next two months going to be very quiet; it's summer, but I keep birding. I'm not gonna stay indoors like... non-birders.