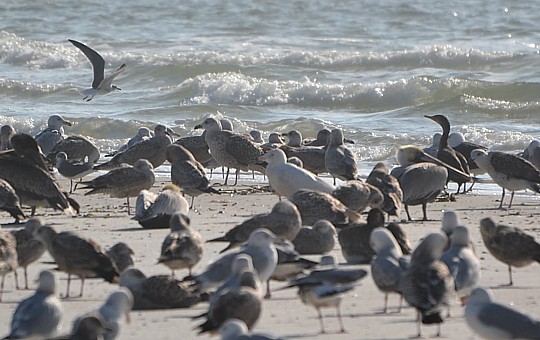 I was out of town at the beginning of the month, so I got to do my Big Day at January 5th. I ended the day with 103 species, so that was good.

January 6'th I was out in birding again. Kevin sent me message that at New Berlin Elementary School has lots of American Pipits on the field, and looks like Snow Geese too, but he had some concerns about them. It came out they were some type of domastic Graylag Geese, so no luck with them. There were many Wilson Snipes all around. I have never seen them so many in the same location.

Another good place for birding was retention pond near airport. There I found 12 Northern Pintails, Redhead, and lots of other ducks and geese, by the way there were over two hundred Canada Geese. This is a really good pond for wintering ducks and geese.

I checked also Big Sand retention pond near Recency Square and found Sora; good bird, hard to find. I didn't get the good photo, but here it is. 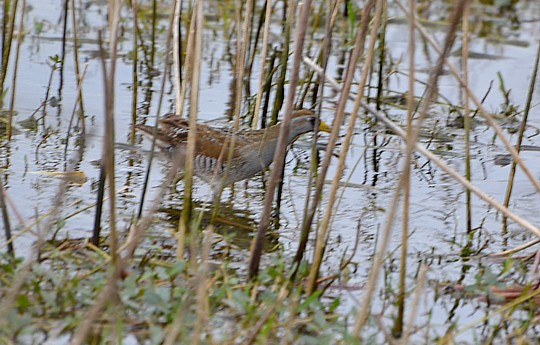 One day I was in Arlington area, near Blue Cypress Park. I didn't have my camera with me, but just wanted to check out the pond there. As I was parking my car near entrance pond parking lot, I noticed all dark Ibis on the other side of the pond, that was Glossy Ibis, my lifer! I took close look to make sure it's not the rare white-faced Ibis, but dark eyes and underparts made me sure that this was a Glossy Ibis. Why is that when good birds show up, then I don't have my camera with me. Last year was the same thing with Brown Booby, but oh well whatcha gonna do.

White-crowned Sparrow shouldn't be that hard to find bird, but so far it was missing from my life list. Kevin was telling me that good place to find this guy is Little Talbot Island, but I never happened to find it. January 21st I was out there again, and as soon as I took my phone out, and played his alert call, I heared him calling back. Oh, I was so happy to see him popping out of bushes to check who's there. Another life bird for my birding list. 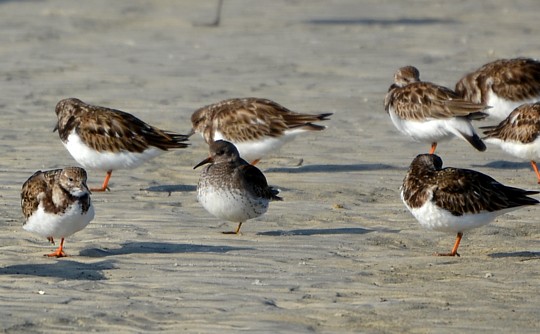 Great morning for birding was also January 29th in Huguenot Park. First I found Purpur Sandpiper in hug. This is again hard to find bird, and you can mis him easily. He looks like Ruddy Turnstone, but has dark yellow legs, and bi-colored bill. I got some good pictures of this little guy.

Jetties may give some really good birds sometimes. Some people were there from South Carolina, and asked if I have seen any Black Skimmers. I said they should be right there behind jetties. As we were walking there I noticed slightly larger white gull middle of others. That was Glaucous Gull, another great bird and lifer for me, and wow there was another one too. Two Glaucous Gulls, that's rare! Not bad day at all, two rarities at the same day. 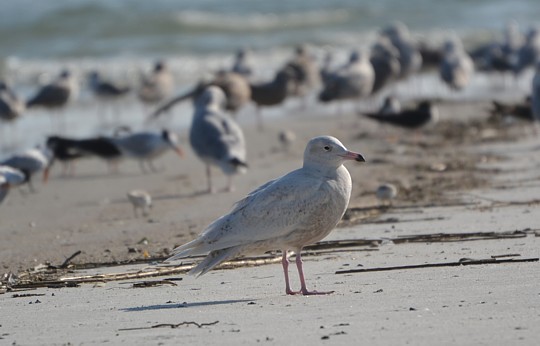 A Big Month gave me all together six life birds: Northern Pintail, Greater Scaup, Glossy Ibis, Saltmarsh Sparrow and Glausous Gull. I finished my month 149 species, it's a good start for my county Big Year.