The month of March was colder than usual; some days even 20 degrees below normal, but by now spring is here, so the birds. Let's look back and see how did it go.

My first year bird of the month was a Painted Bunting. This little green female Bunting was looking some seeds on a ground at Spanish Pond. I was happy to see her. Painted Buntings are one of the most colorful birds, even females have warm colored tropical outfit.

After my first Bunting finding I didn't see anything new in whole week, but March 10th I happened to check out M&M Dairy field. As soon as I arrived I noticed that field was full of water, and the birds. Both yellowlegs were side by side, I didn't even know how different they actually look. Lesser is much smaller than Greater Yellowleg. I sent Kevin message, and got quick answer: "I'm on a way...". That was good that I notified Kevin because with his scope he found also Pectoral Sandpiper, which is great find and lifer for me. 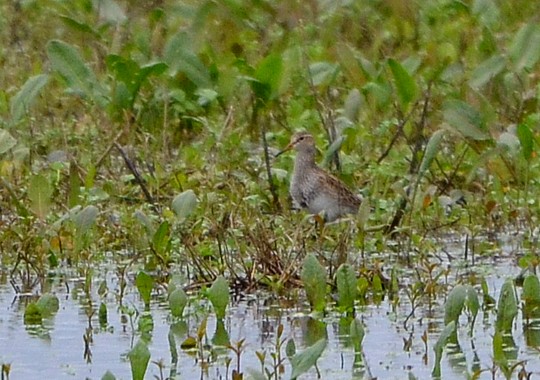 I don't do westside birding often, but now I did. I found new park called Camp Milton Historic Preserve. This is a great place to go. They have a nice bordwalk and historical trails, lots of history. It's a great place for birding too. When I was walking there I heard different sound overhead. I looked up, and there were 6 Swallow-tailed Kites on a sky, slowly moving overhead. That's a first time of I saw them in this year. 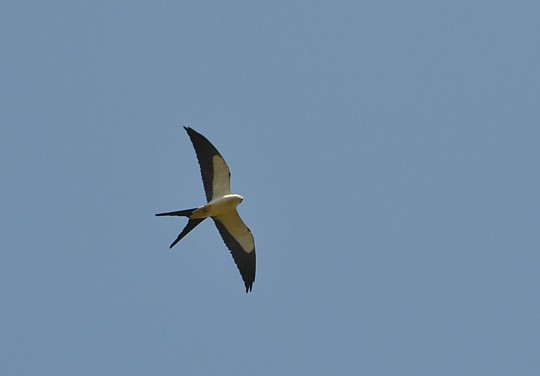 I heared my first Prairie Warbler of the year at Jacksonville Arboretum. I could not see the bird but his song was unmistakable. Use to be I mixed it up with Northern Parula song, but not anymore.

Carly Wainwright was reporting in Facebook that Western Tanager showed up in her backyard feeder so that anyone is welcome to come and see the bird. It was raining that day but that didn't stop me to give a try. As soon as I arrived it didn't take even five minutes when bird showed up Carly's homemade suet feeder. What a great find! 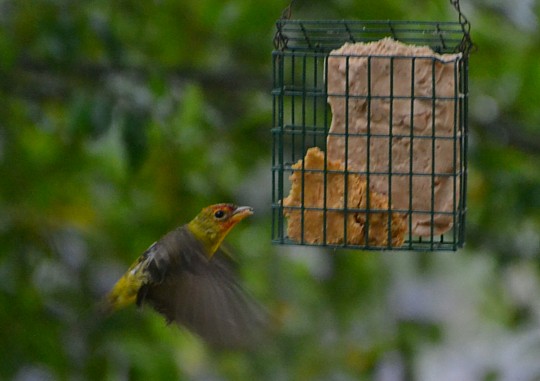 Next day I was back at M&M Dairy's. Kevin sent me a message that Stilt Sandpiper, Solitary Sandpiper, and Black-necked Stilts are all there. It took me only ten minutes to get there, because Stilt Sandpiper was lifer for me.

I have been trying to find Ovenbird who knows how many times with no success this year, but now finally I got it, and not just ones but already three times in row. First one was in Roosefelt Area trail, next day at Reddie Point and today again at Roosefelt. Where they were in January when I really needed for my Big Month list.

After Roosefelt Area I stopped at Spanish Pond. Three Eastern Kingbirds were flying back and forth on top of the trees. Another bird for my year list. Also Otter was sticking head out of water to see who's there. That's a first time I have seen Otter at Spanish Pond. 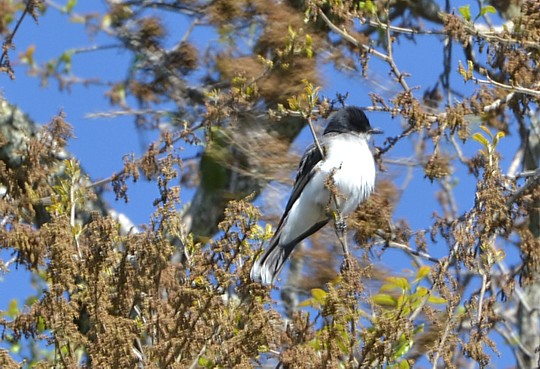 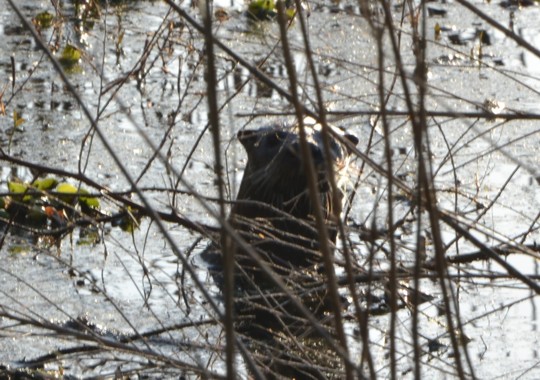 This week I have been every night at M&M Dairy with no success to find Upland Sandpiper. Kevin found this bird Tuesday night. He sent me a message but sun was about to go down. I still hurried to get there but missed him a few minutes. Bird just lay down for a night and never got up to give me least a moment view.

Next day Kevin saw even two of them there, but again as I got there birds were nowhere to be found. Least I saw my first Rough-winged Swallow this year. That was nice.

Friday night I was there again looking for Upland. No Upland Sandpiper, but in nearby woods I saw some blackbirds. As I was looking them I noticed that one was singing clearly differently than others, that was Rusty Blackbird. Wow, new bird for my County List and good one. Good way to finish this month. This year has gotten a good start.

Last day of the March I visited again Reddie Point Preserve. This park is one of my favorite birding spots, and not too far from home. I saw two Greater Scaups on a river, another great bird for my list. I took also walk in trail and heard my first Great Crested Flycatcher of the year. His distinctive WHEEP.. is unmistakable.

All together I found in March sixteen year birds. Three of them were lifers. I am now with 169 species in Duval County Year List. GREAT MONTH!