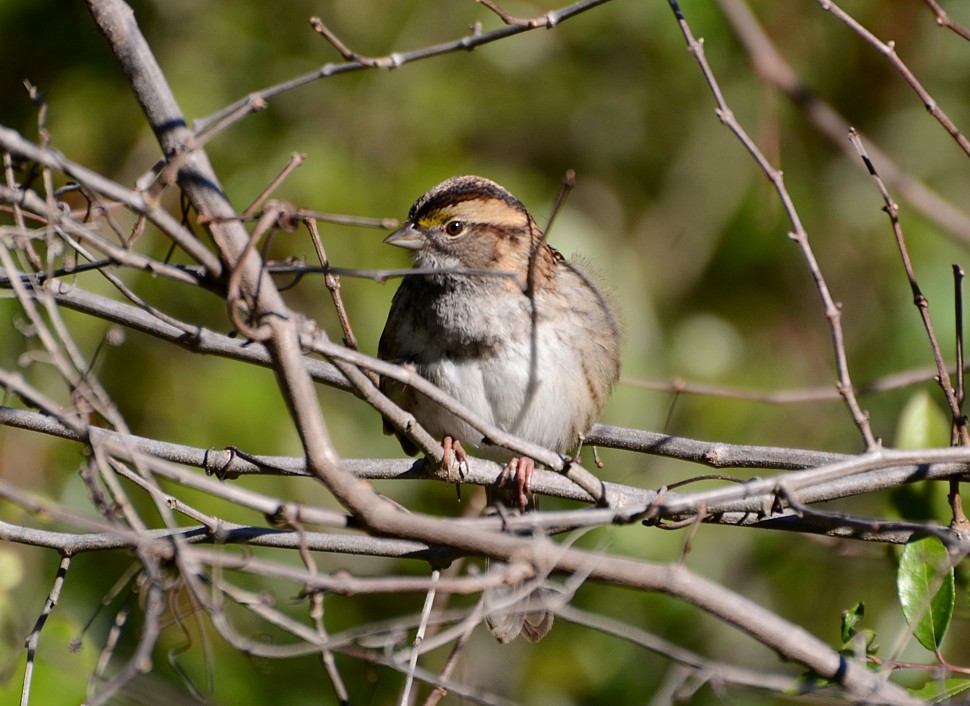 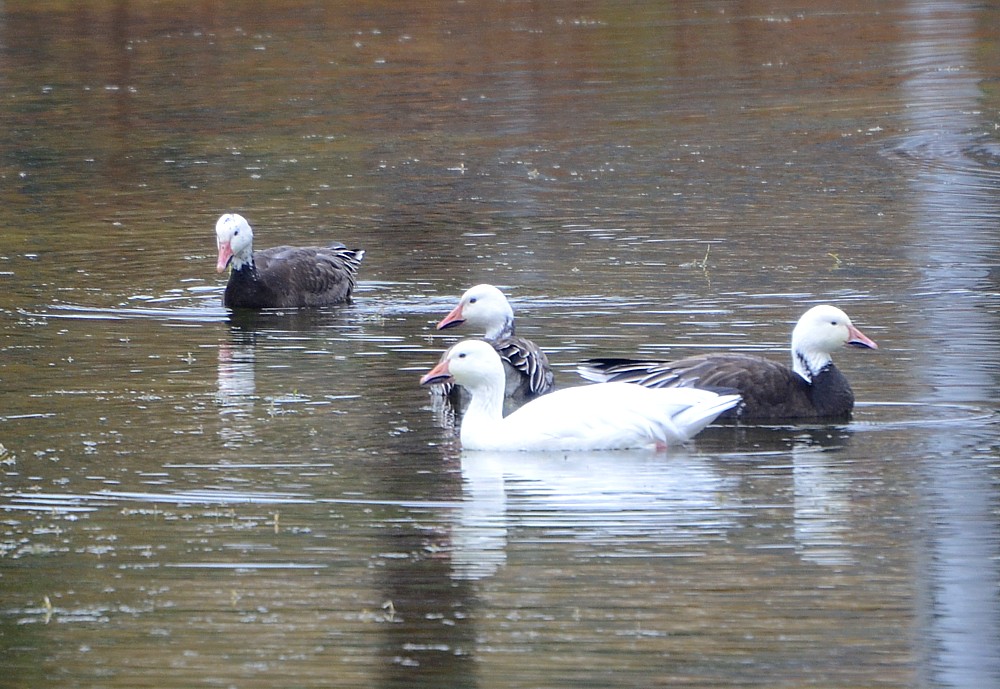 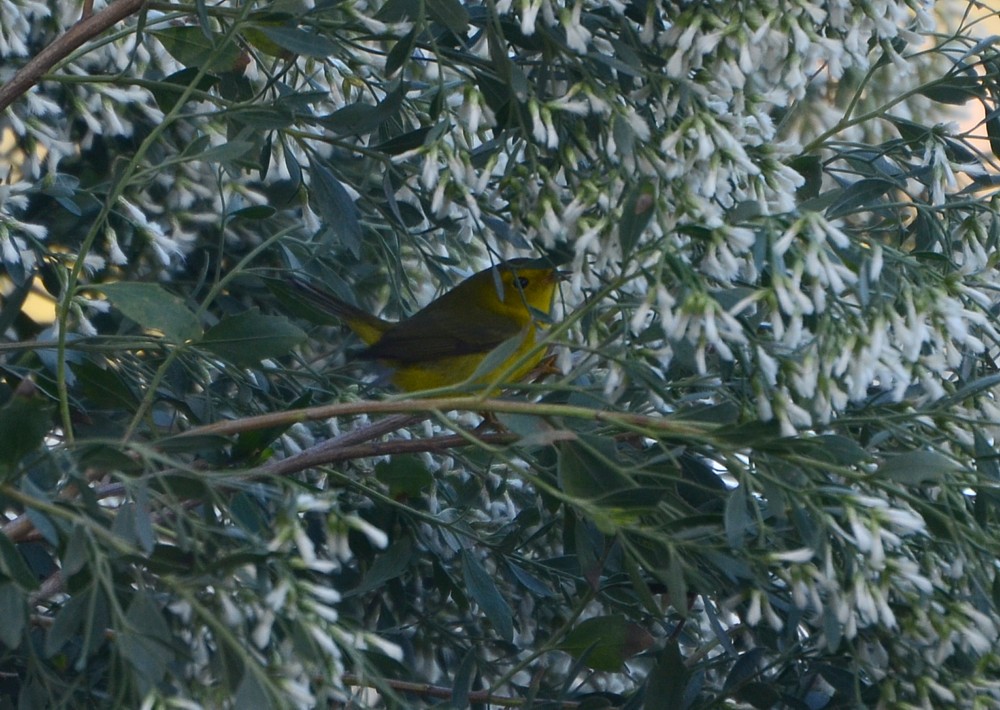 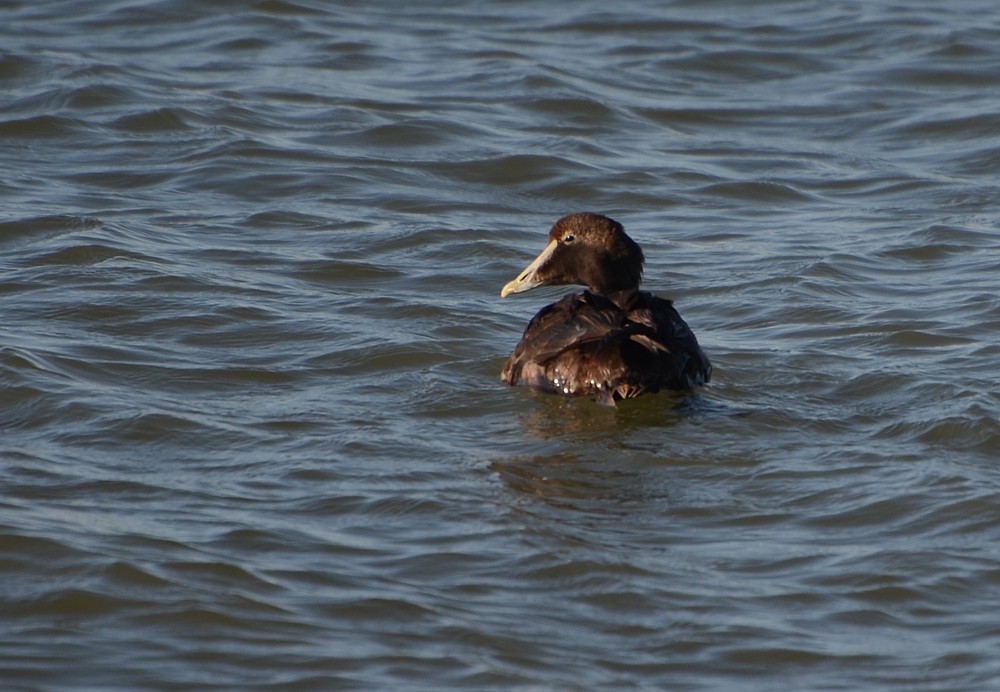 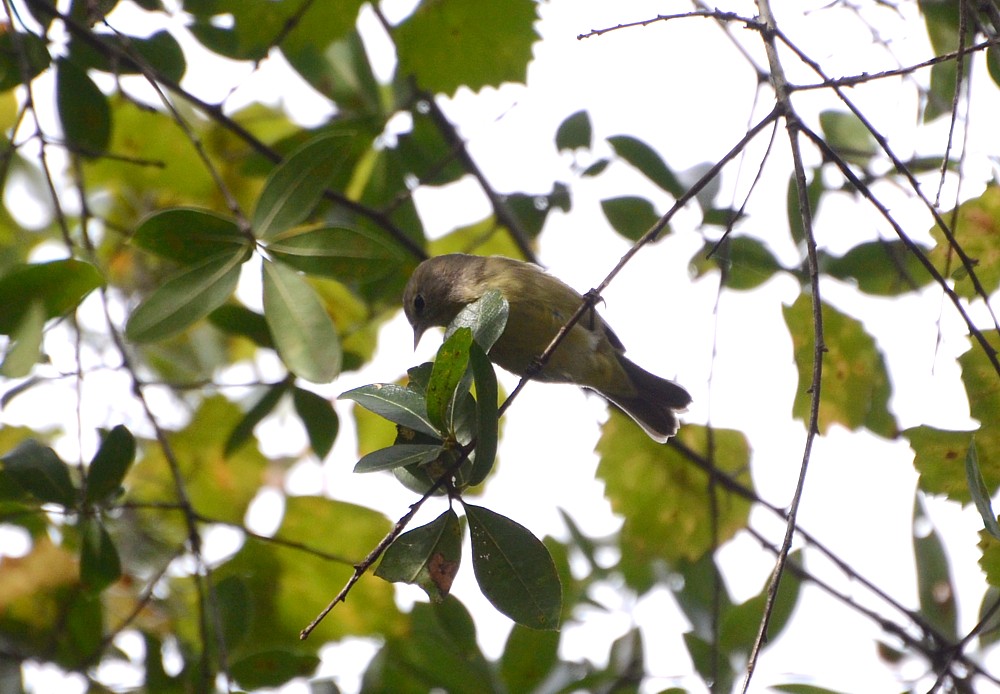 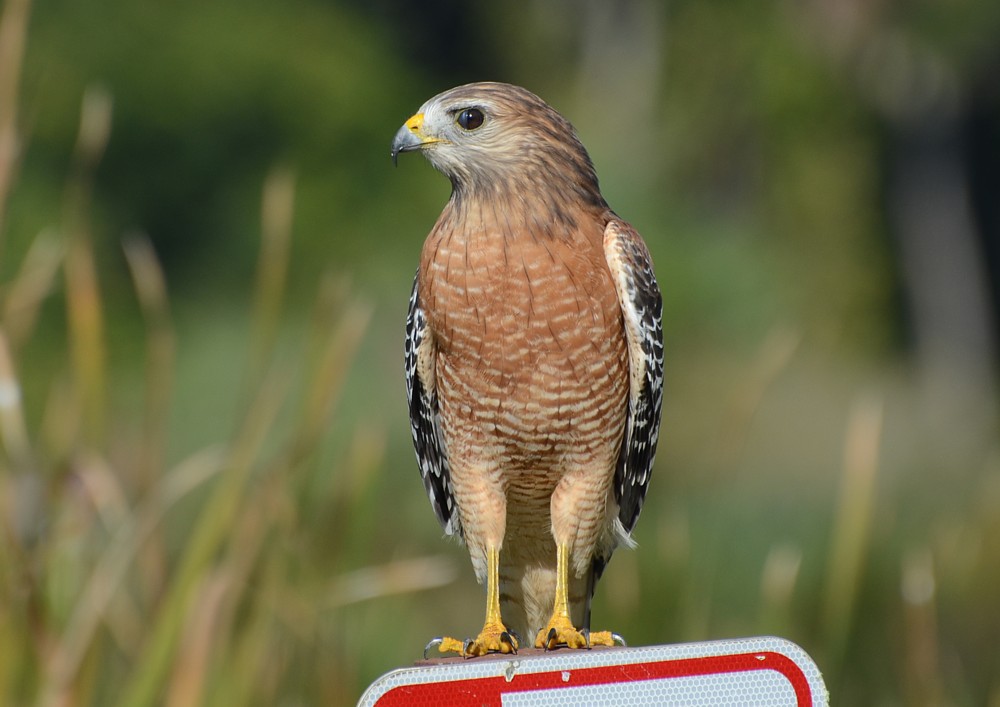 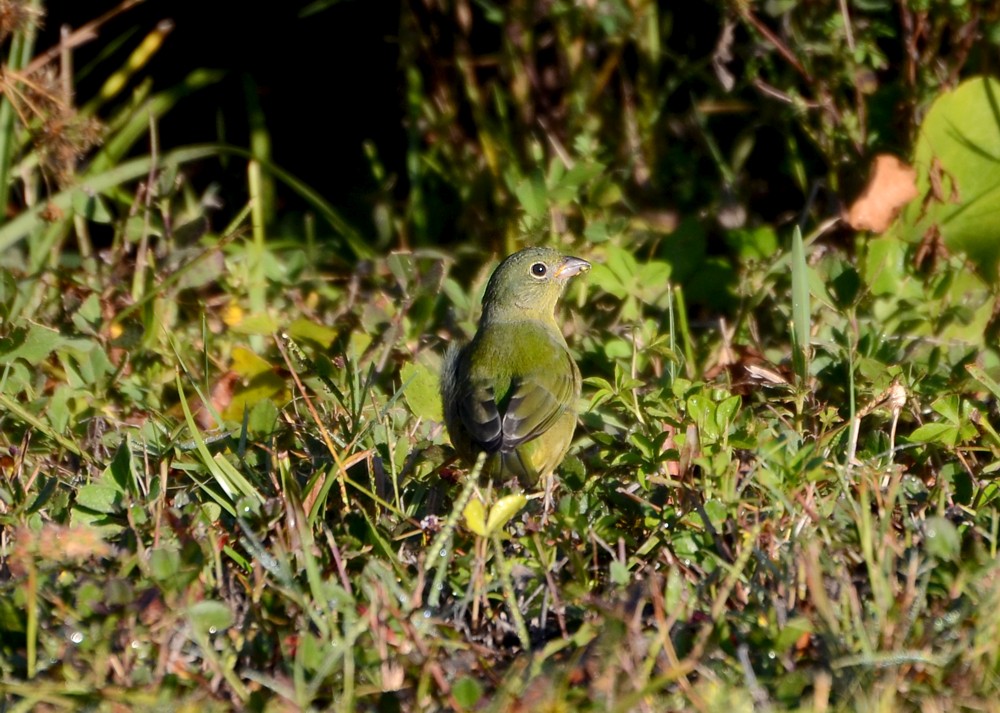 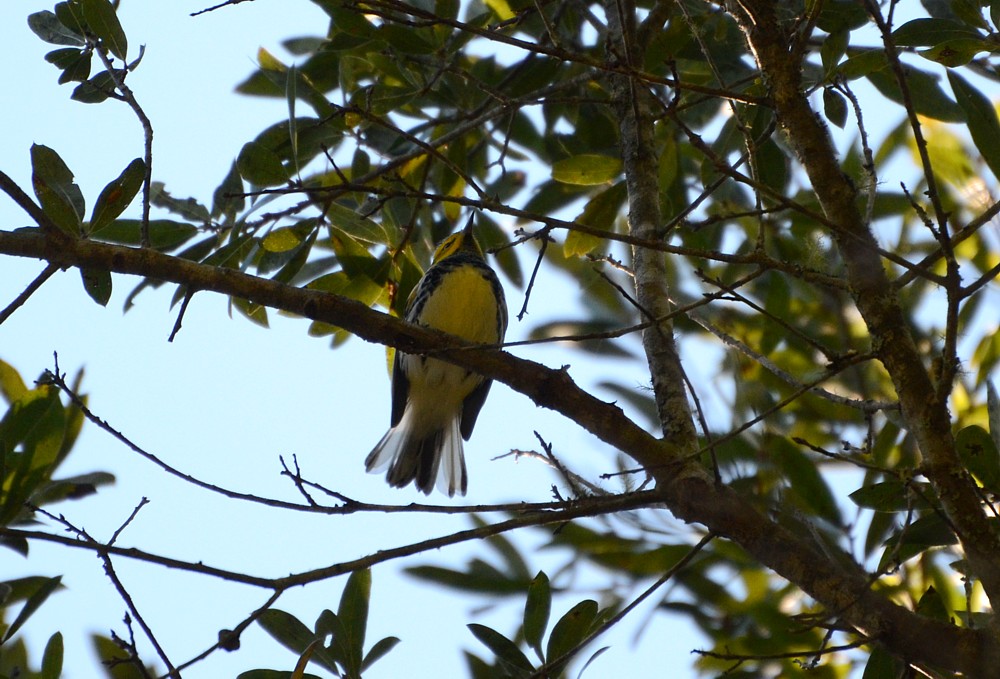 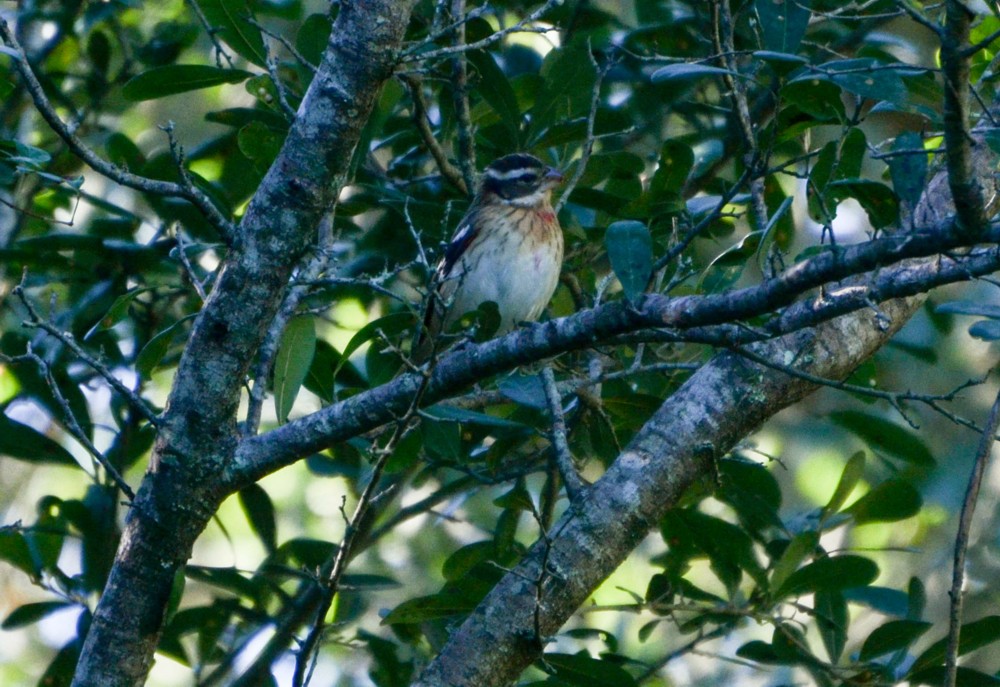 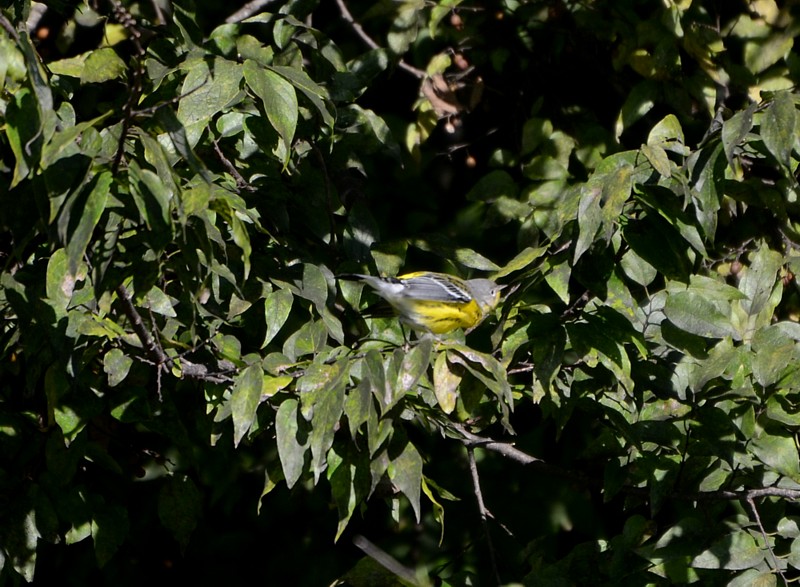 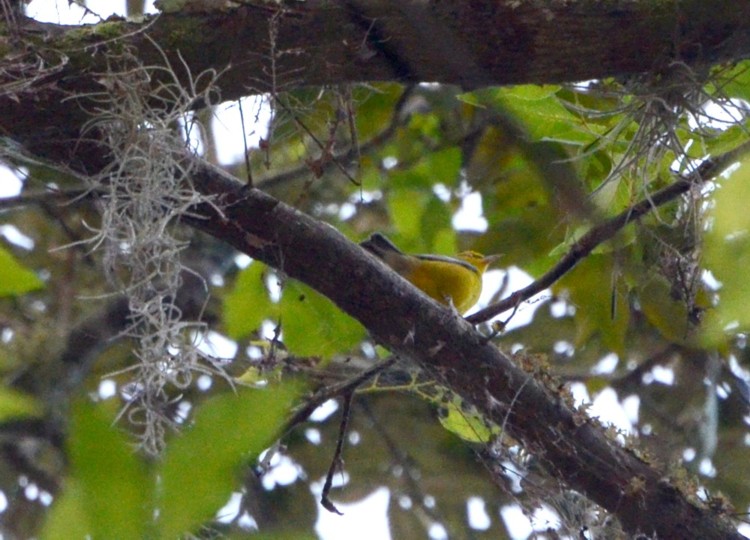 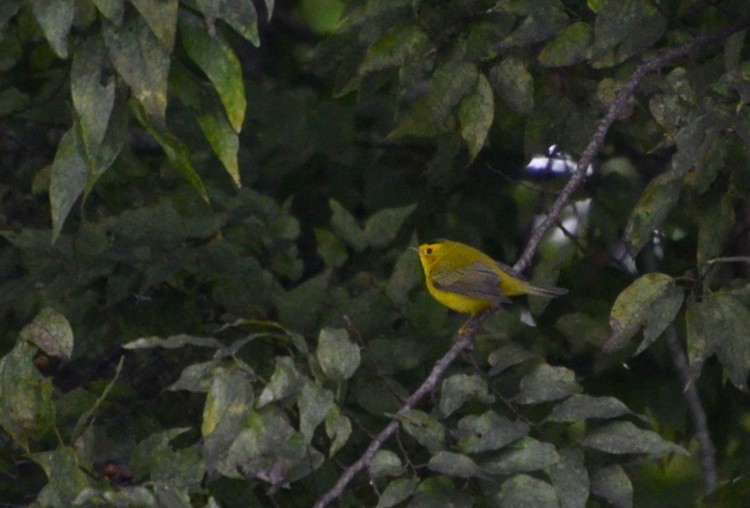 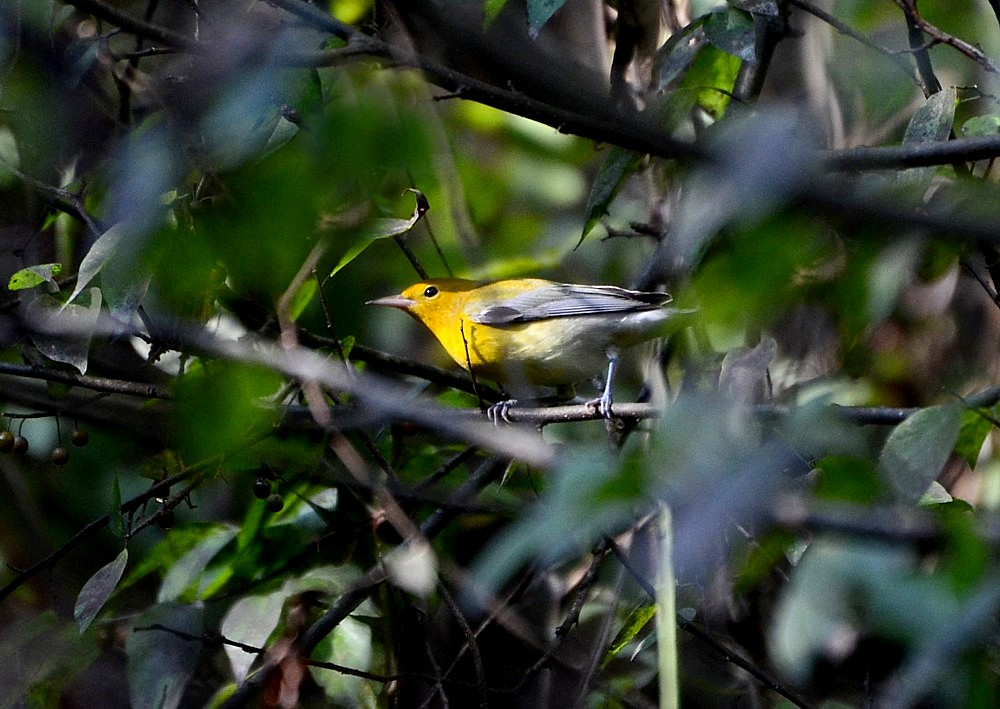 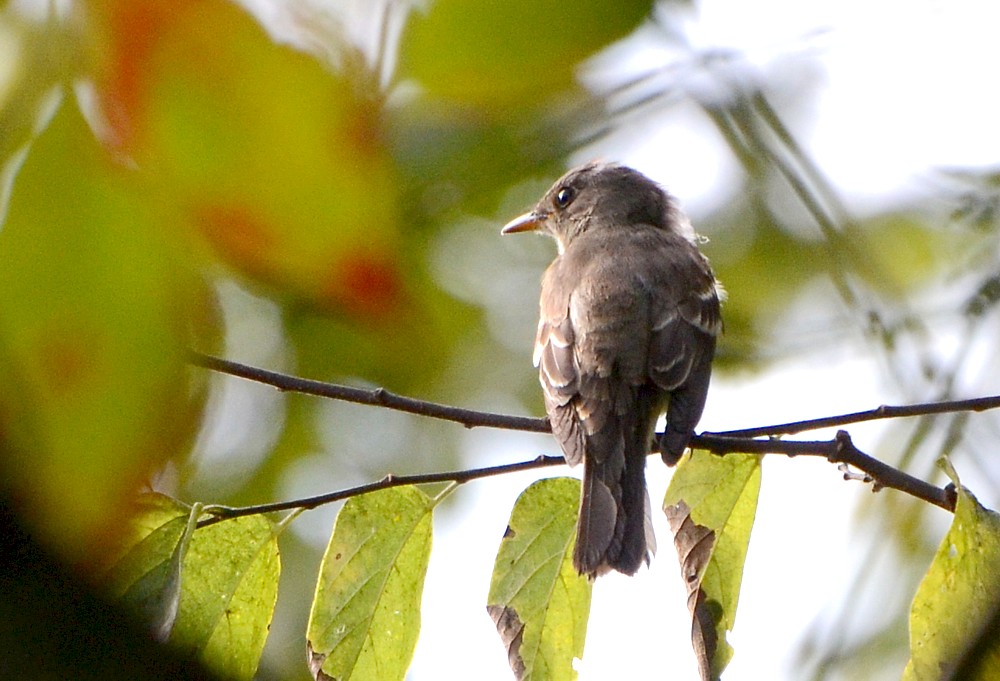 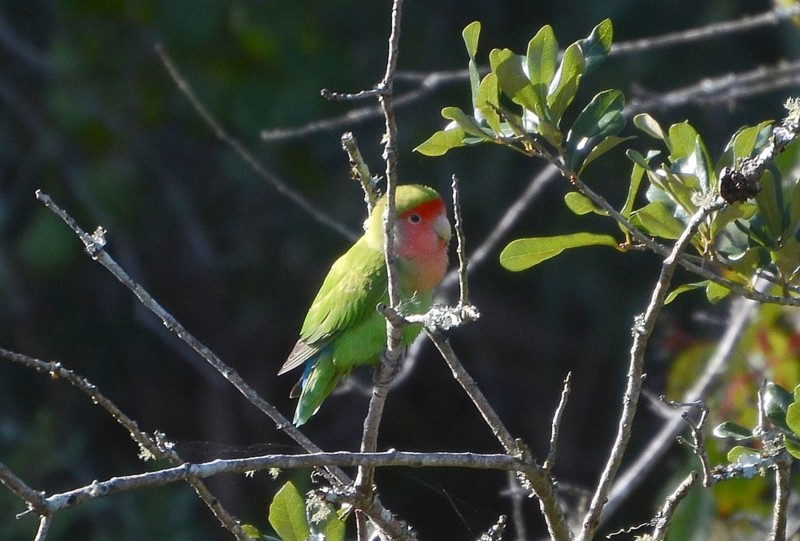 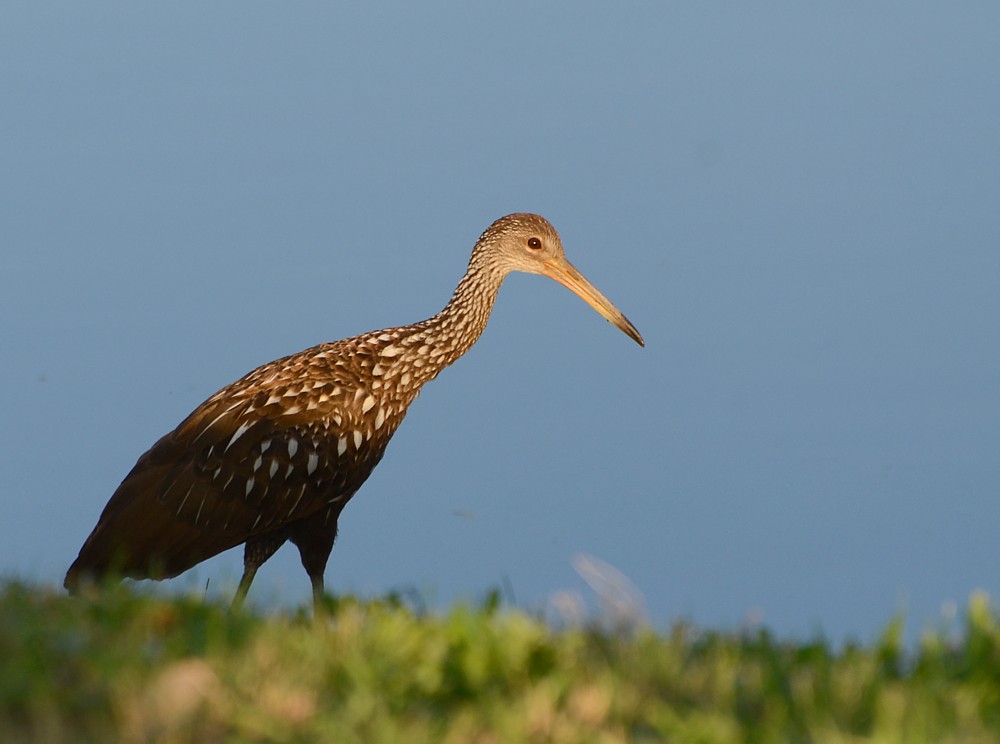 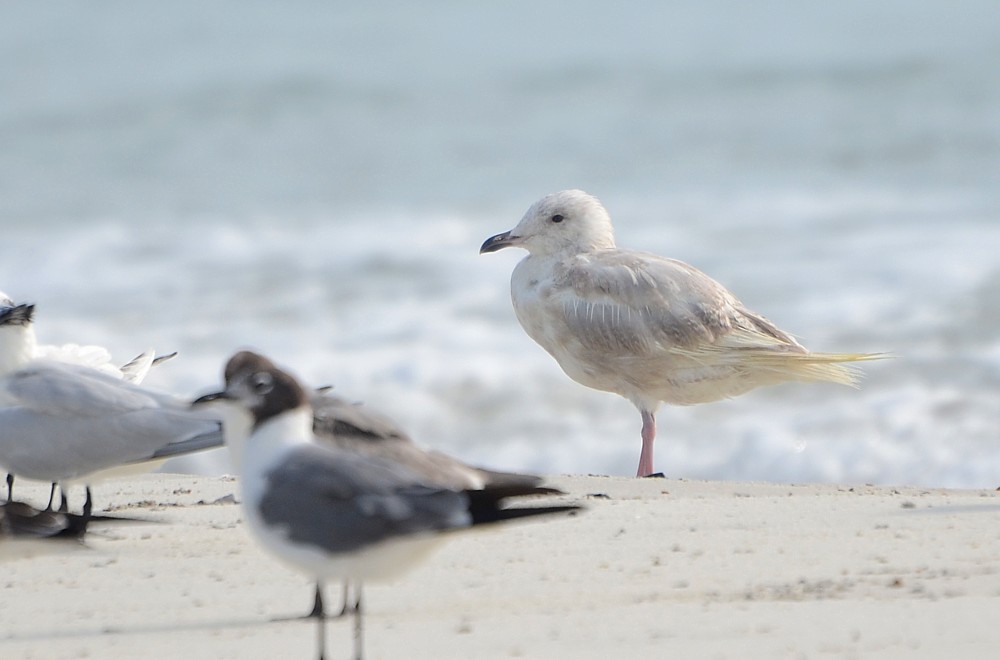 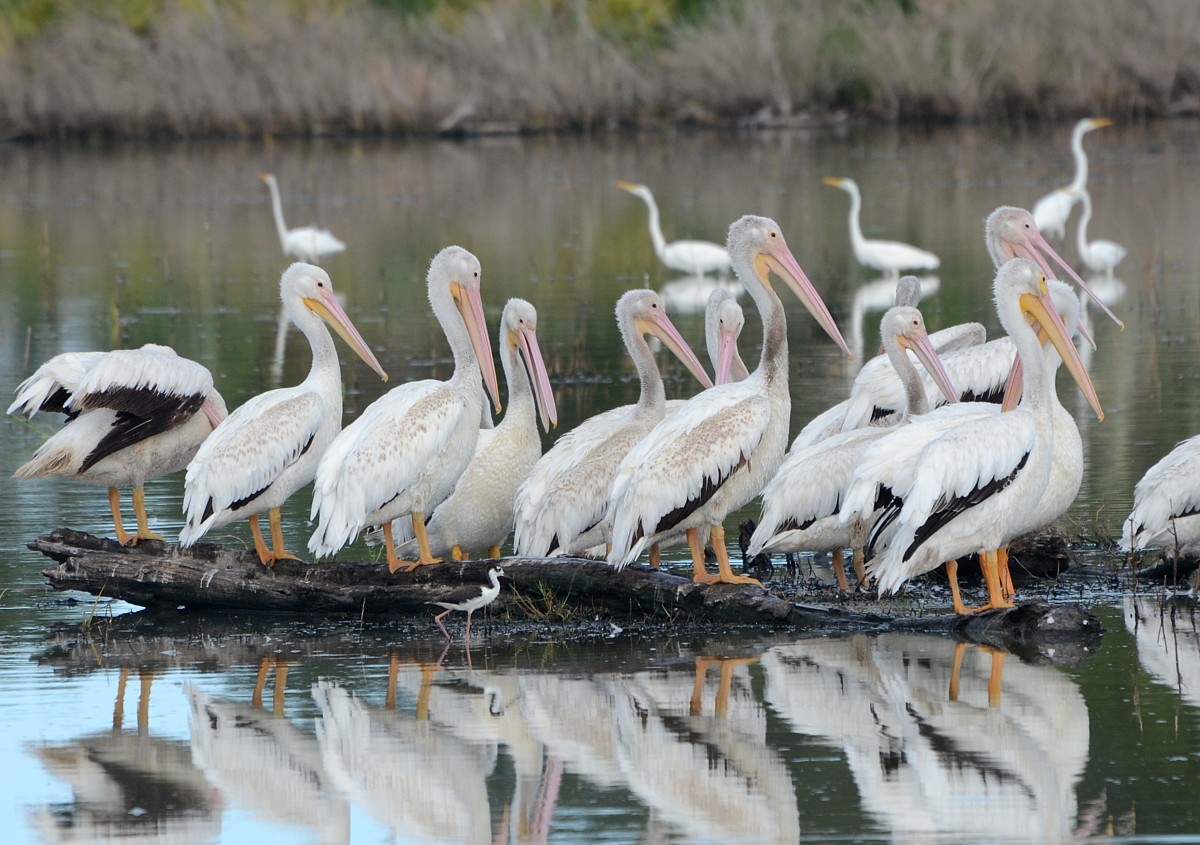 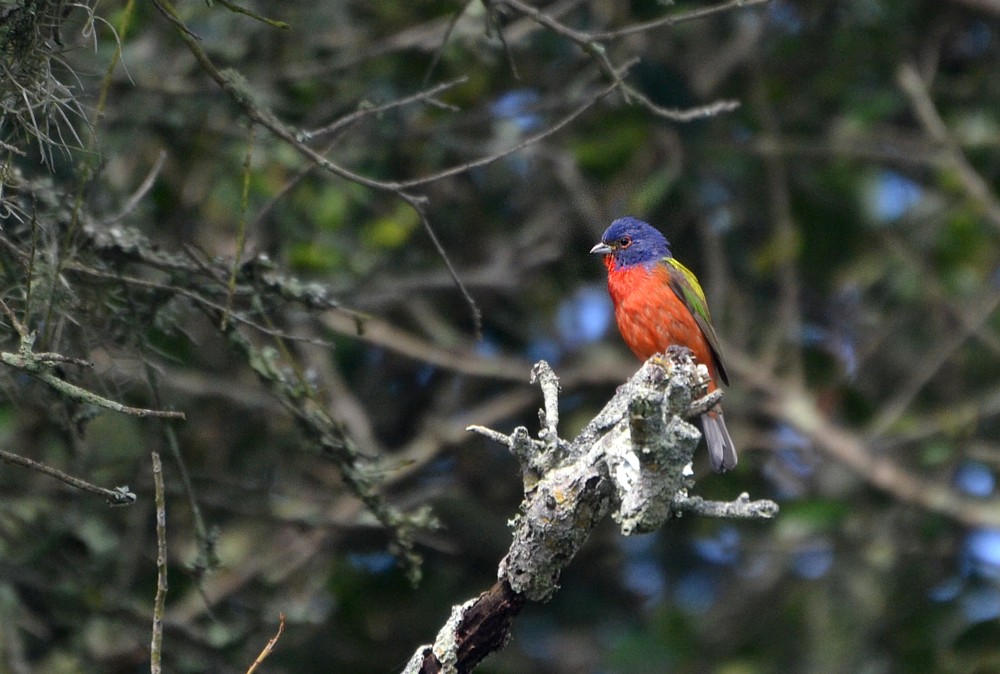 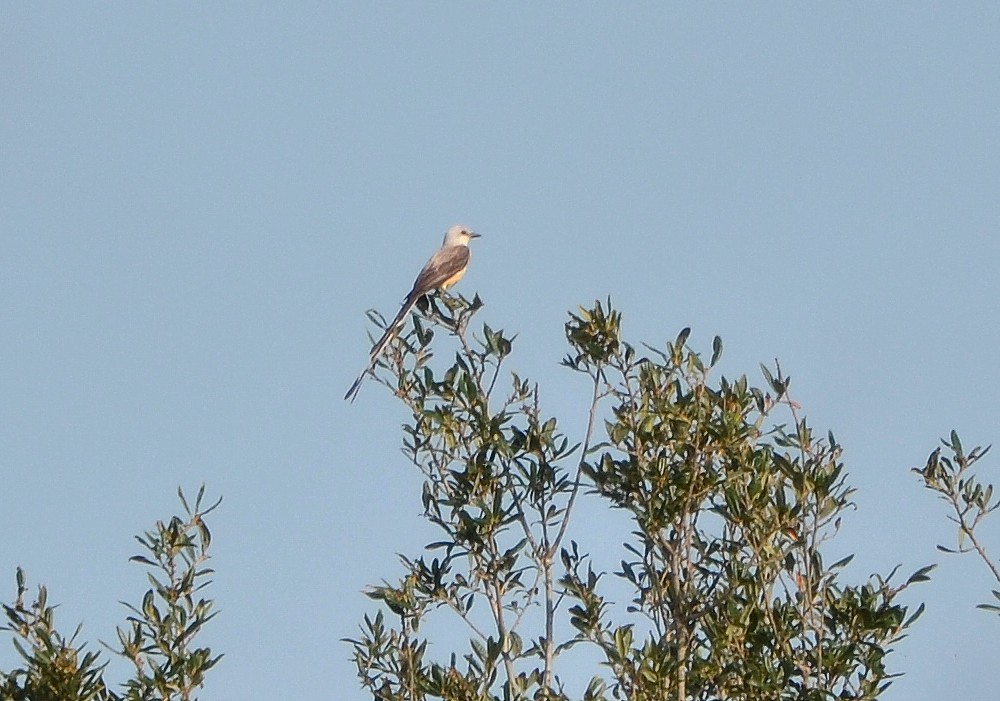 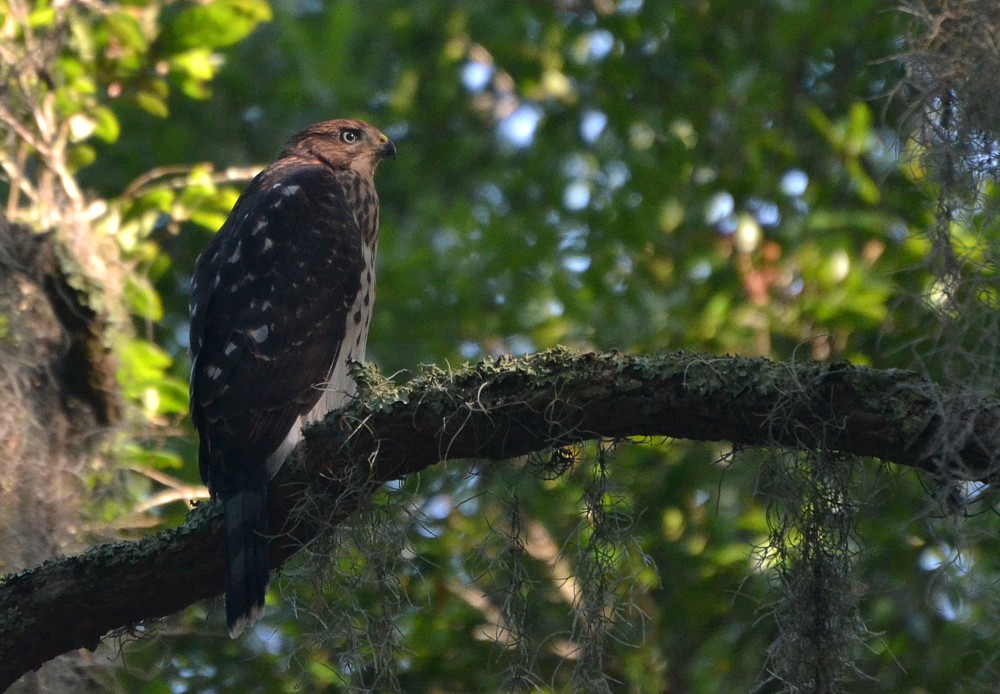 Up close view at White-throated Sparrow in Hanna Park. - December 17, 2014

Big Talbot Spoonbill Pool had least 35 Northern Shovelers, Blue- and Green-winged Teals, 2 Gadwall, 3 Buffelheads, Hooded Mergansers, Horned Grebe. Other side of the road I saw at distance 3 Common Loons, 20 White Pelicans and 1 Snow Goose flying by. All together 60 species at Big Talbot together this morning. At Huguenot I found an American Avocet at lagoon side. Avocet is my new yearbird (#246). - November 27, 2014

First Sedge Wren in season at Fort Carolina. Got good views but not so good photos to share. Other highlight was a Spotted Sandpiper at the boat dock. - November 20, 2014

I had Wilson's Warbler at Reddie Point this morning. Also first in season American Goldfinch and 2 Chipping Sparrows. All together I had 48 species - November 16, 2014

Northern Harrier and American Kestrel were highlights today at Huguenot Park. I was looking for Purple Sandpiper but no show yet. - November 14, 2014

While looking for a reported Henslow's Sparrow at Huguenot Park I found Common Eider resting near jetties on the river side. - November 7, 2014

First Swamp Sparrow for this season, female Painted Bunting and a Wood-Pewee were the highlights this morning at Reddie Point. - October 27, 2014

Green-winged Teal was a new yearbird(#242) for me today. I found 3 of them at Big Talbot island "Spoonbill Pool". There were also some Blue-winged Teals. Little Talbot had least 7 Savannah Sparrows, first in season. - October 22, 2014

Today's highlights were Yellow-billed Cuckoo, female Scarlet Tanager and least 15 Yellow-ramped Warblers, first in season. Also both Bunting species were around. All list was 42 species at Reddie Point. - October 21, 2014

Not very many warblers at Theodore Roosevelt this morning, but found rare Blue-winged Warbler, saw or heard least 7 Ovenbirds and one Black-throated Blue. - September 26, 2014

Today's highlight was Blue-winged Warbler(#233) along with five Baltimore Oriols(#234), four Red-headed Woodpeckers and Merlin. All together 46 species at Reddie Point, although not very many warblers. Next week or two we should get them all. - September 21, 2014

I had at Theodore Roosevelt Area later at night Acadian Flycatcher and three Ovenbirds. - September 17, 2014

Reddie Point was active this morning after rain. Common Yellowthroats were everywhere. There were Prothonatary Warbler, Ovenbird, Painted Bunting. Others saw also 3 Magnolia Warblers and a Baltimore Oriole. - September 17, 2014

Ovenbirds starting to show up more often. I had one at Blue Cyprus Park trail this morning and another one couple of days ago at Reddie Point. - September 12, 2014

Red-headed Woodpeckers migrating through Reddie Point again like last year. We had two of them at parking lot this morning. - September 11, 2014

Lots of activity at Reddie Point this morning, including Blackburnian Warbler - yearbird(#232) for me. Also I got close-up views of Eastern Wood-pewee. View more photos from eBird checklist. - September 9, 2014

One Chestnut-sided Warbler - yearbird(#231) at Reddie Point Preserve this morning. Also Ovenbird and lots of Yellow and Prairie Warblers - September 8, 2014

I saw my first Black-throated Blue Warbler (female) for this season among with six species of warblers at Hanna Park this morning. - September 6, 2014

Today's highlight was female Summer Tanager at Reddie Point, but wind was keeping birdlife down. - August 25, 2014

Acadian Flycatcher(#226) in Blue Cypress Park this morning at the paved loop section. I been looking for this guy for a while already, glad to find it. - August 14, 2014

American Redstarts starting to show up again.
I saw one in Big Talbot Island today. - August 4, 2014

Prairie Warblers are back. I saw two of them yesterday at Seaton Creek Preserve, and two today in Hanna Park. - July 28, 2014