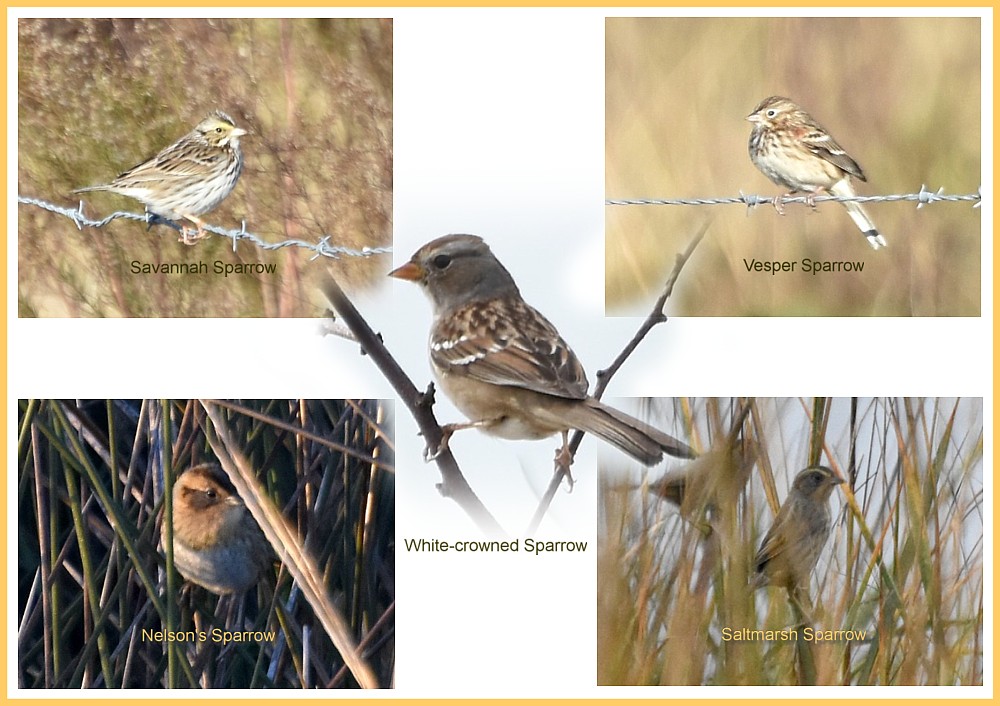 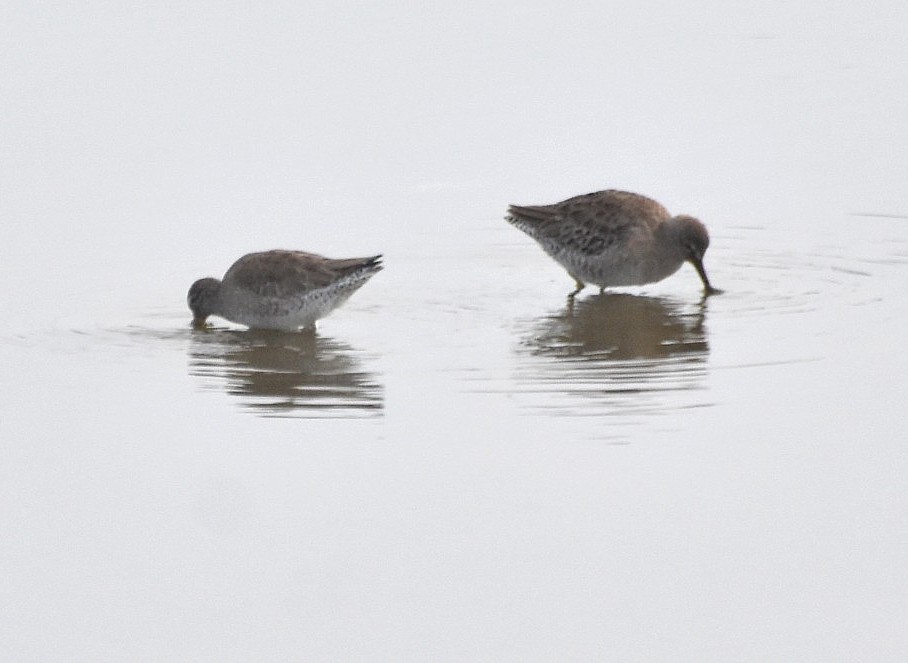 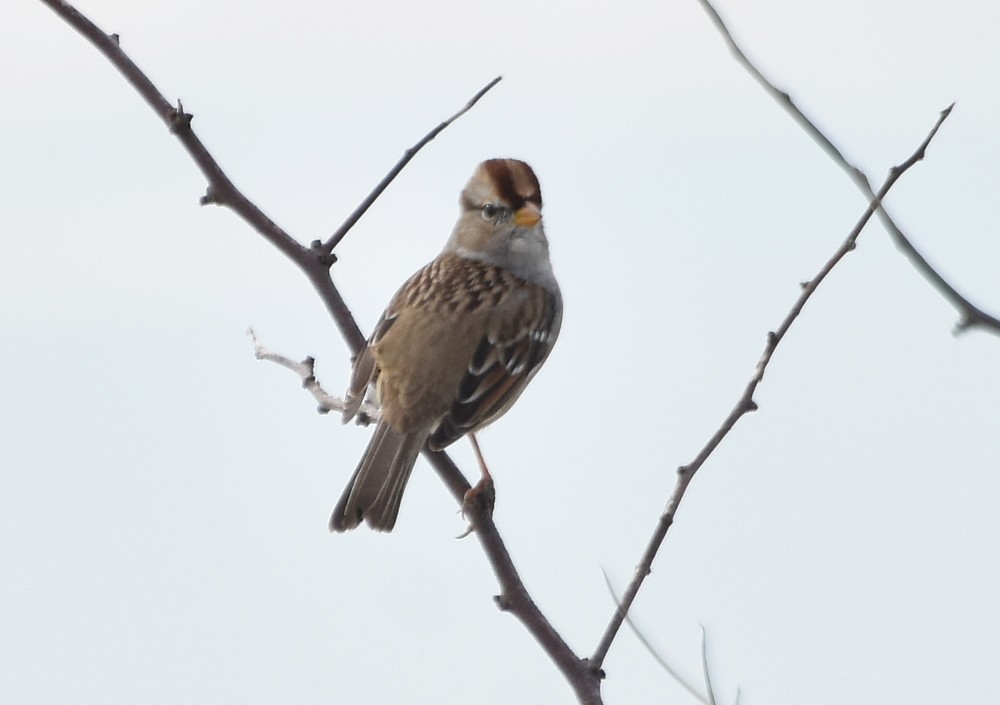 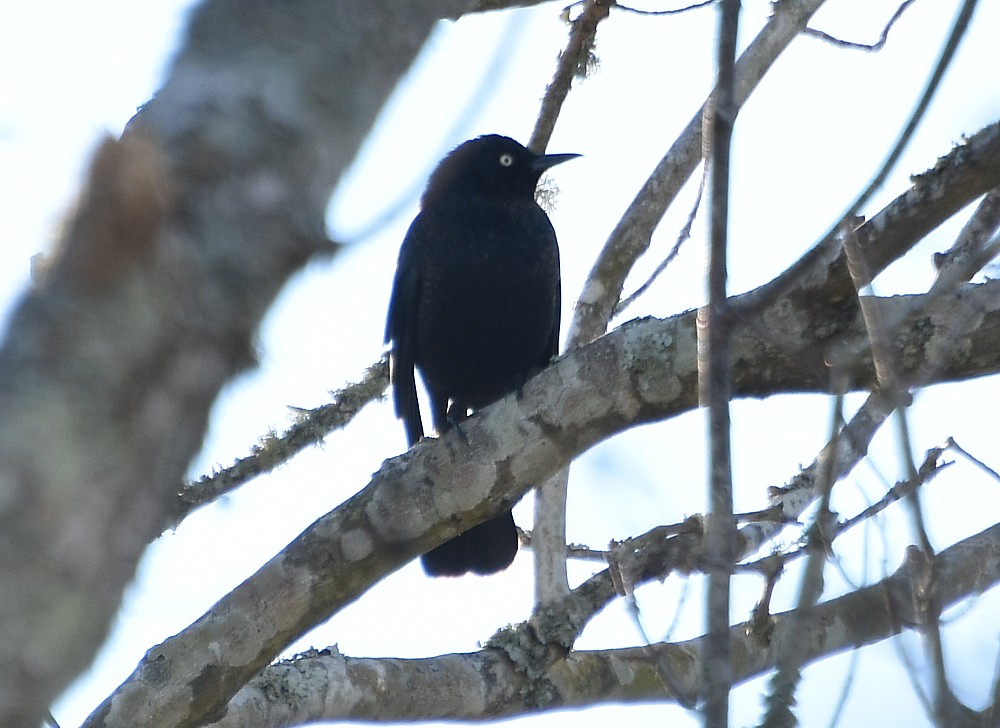 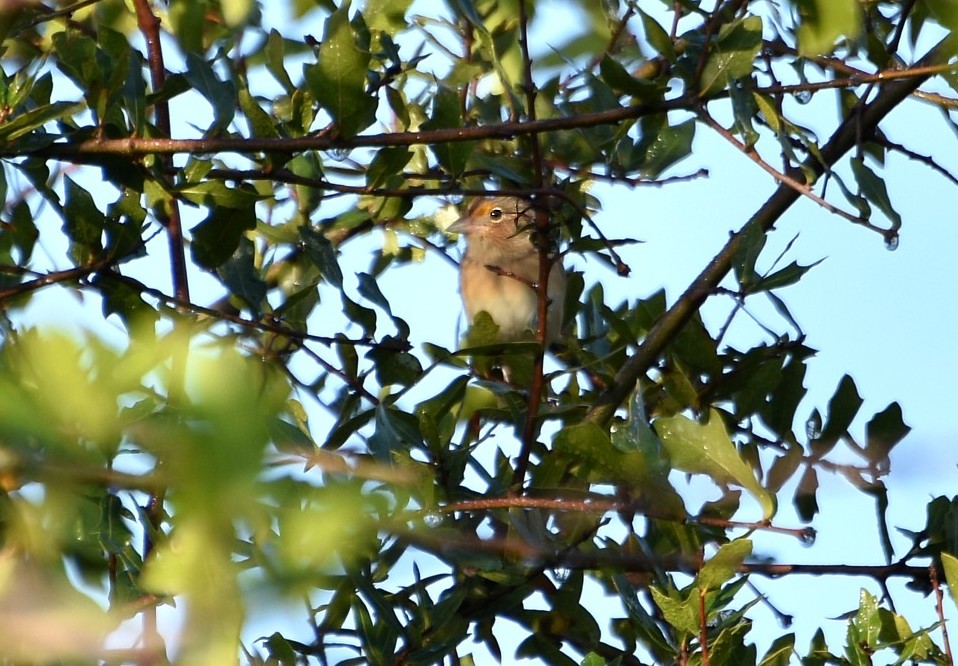 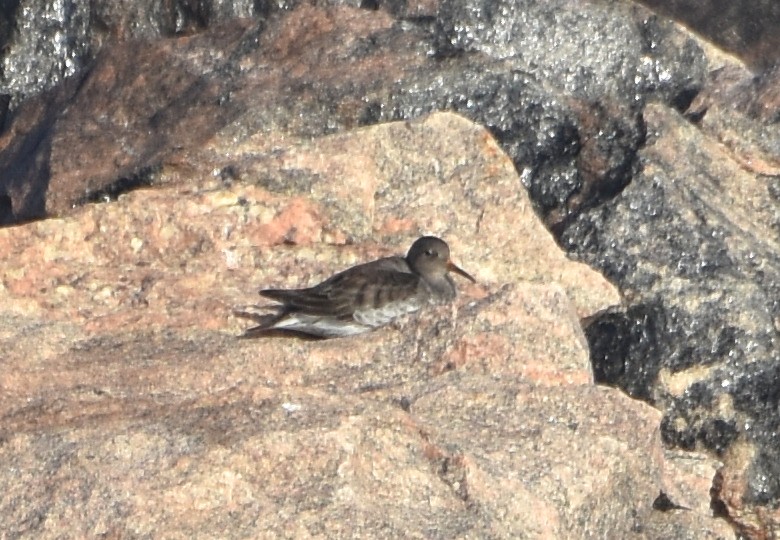 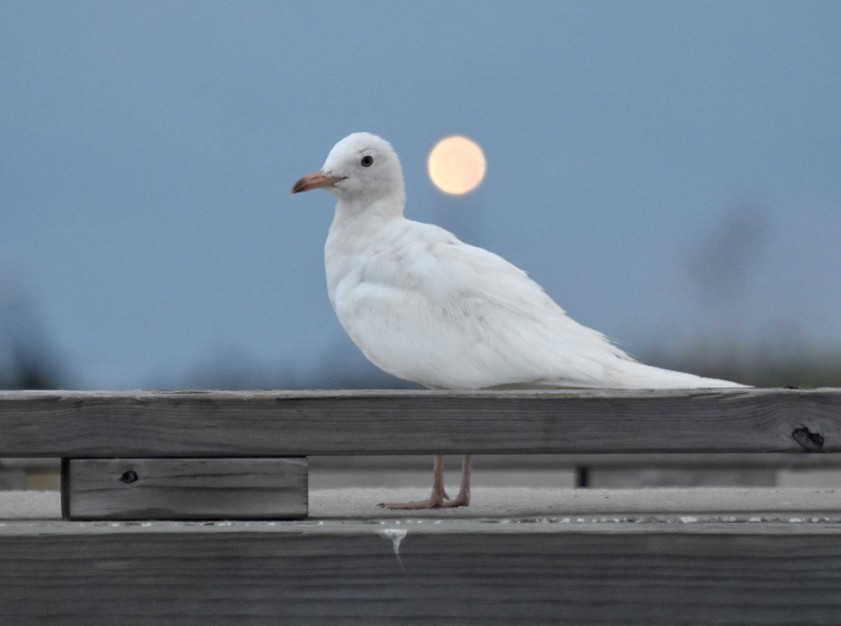 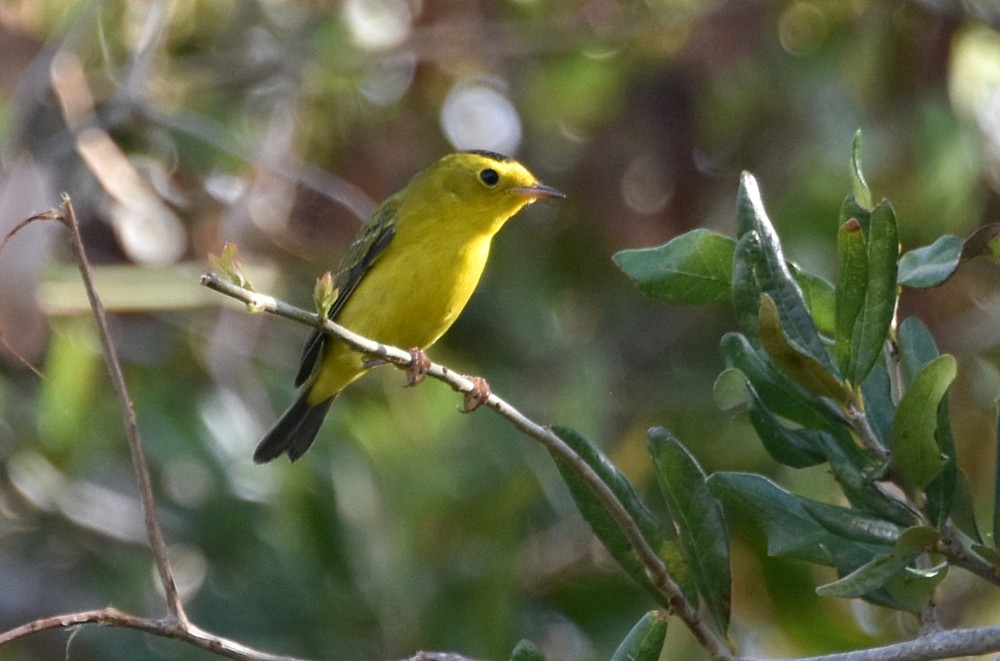 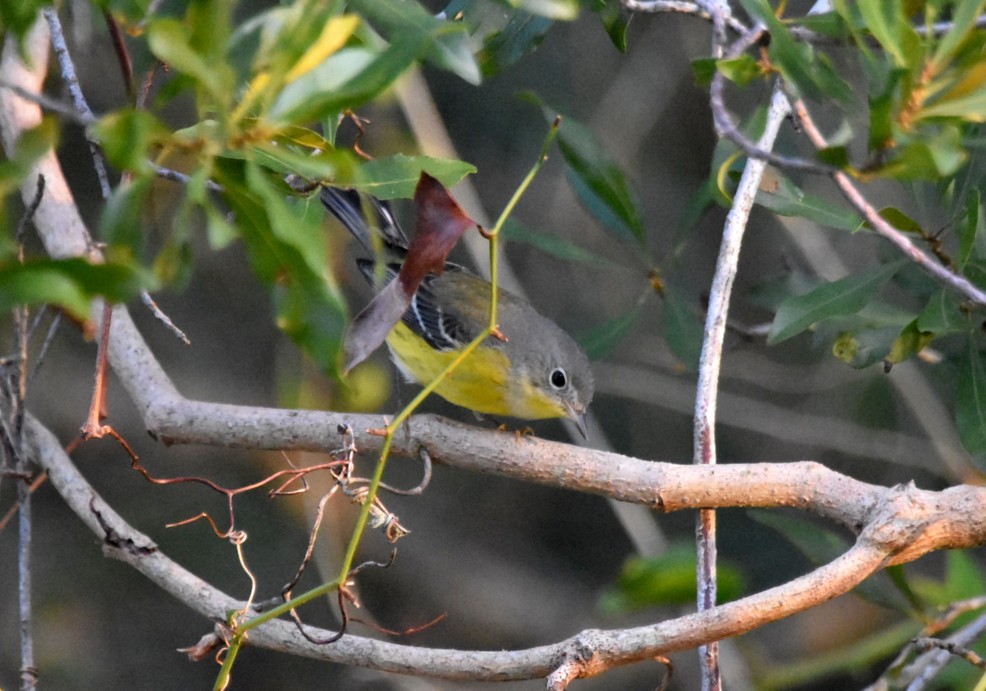 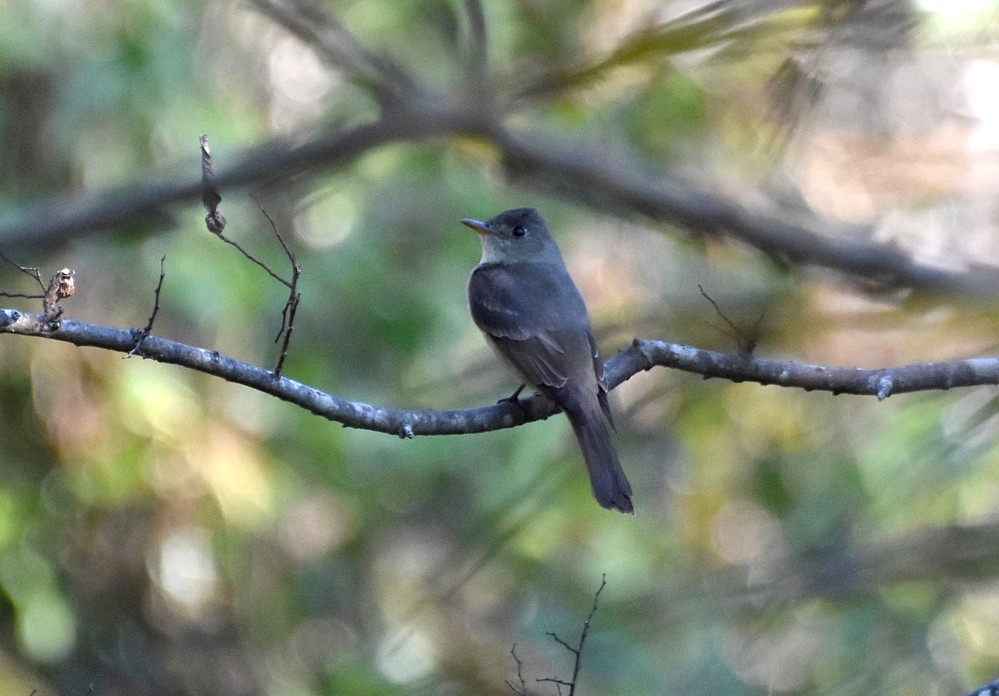 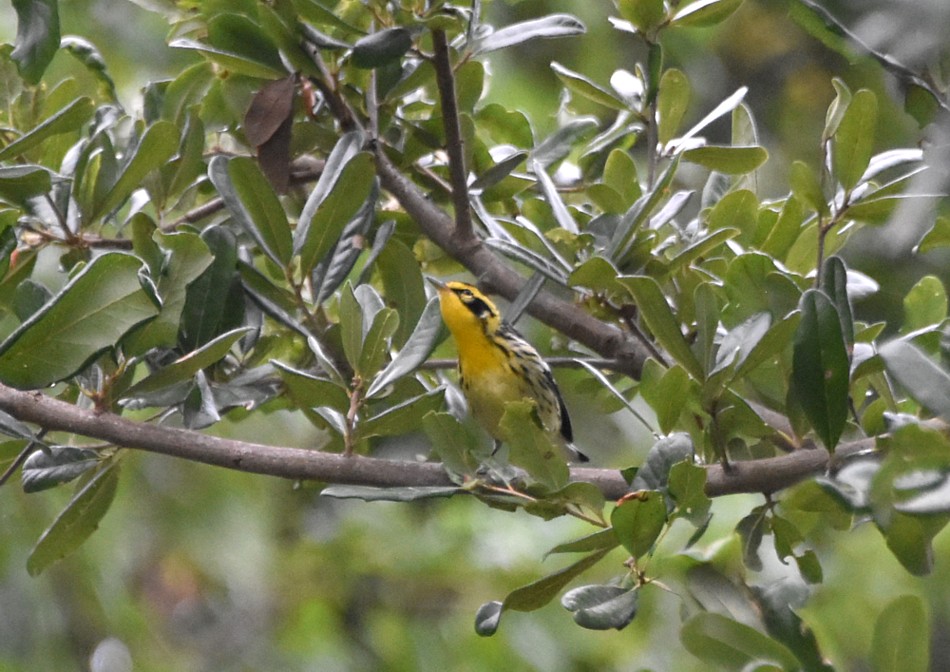 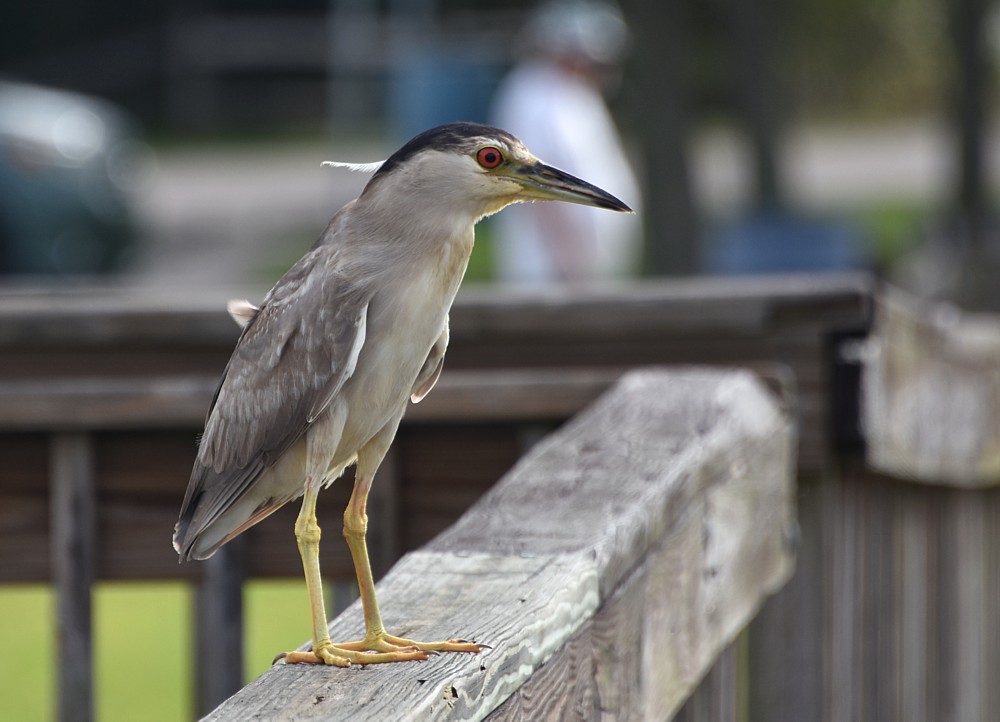 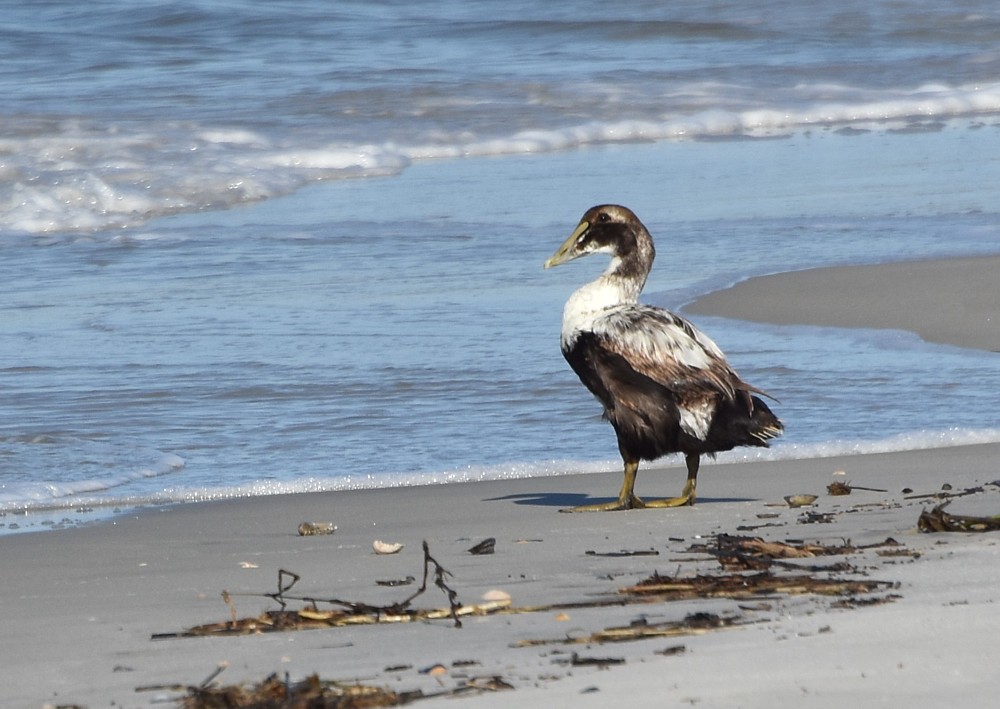 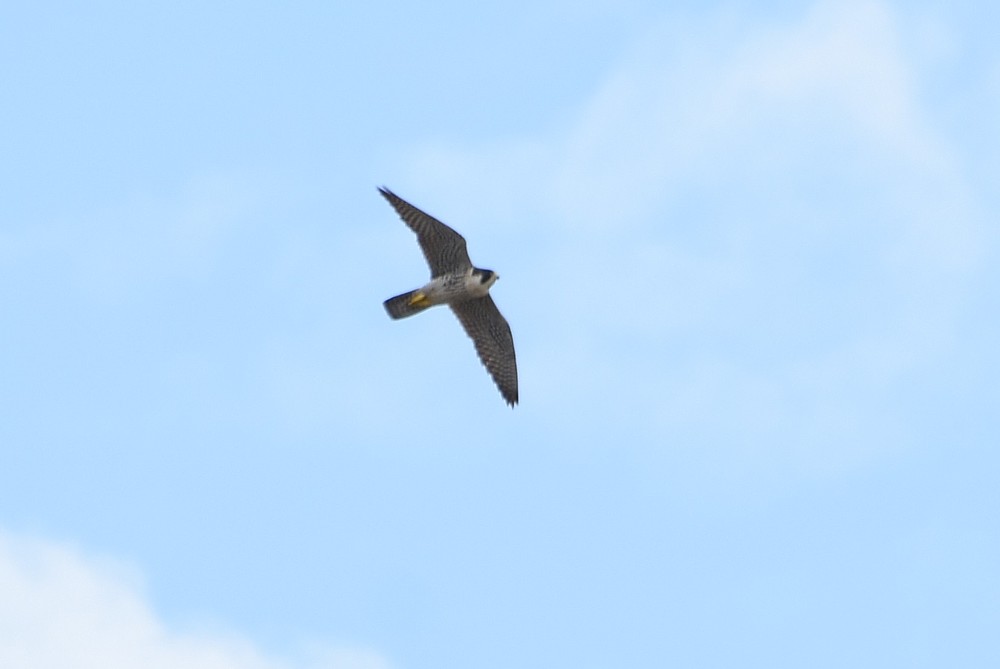 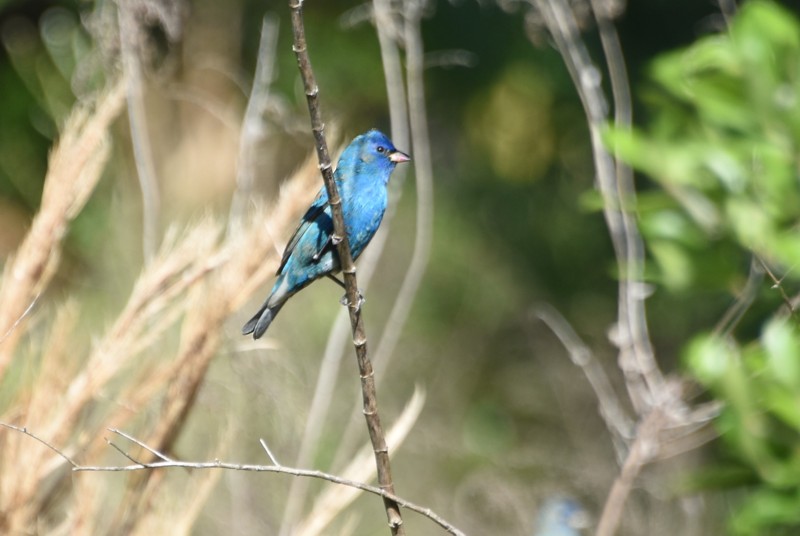 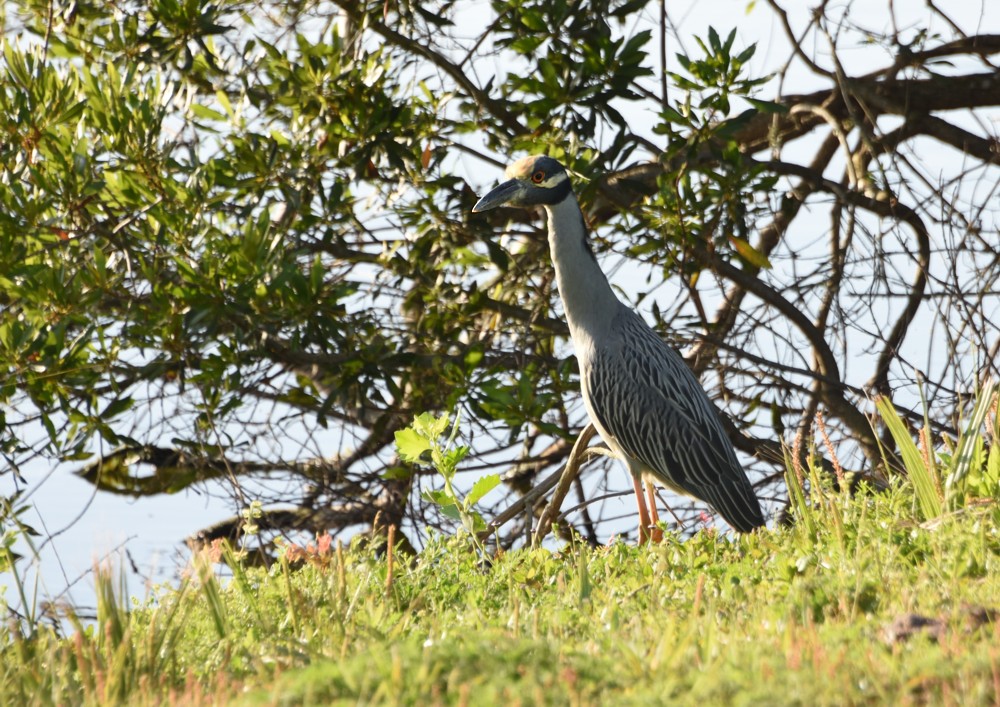 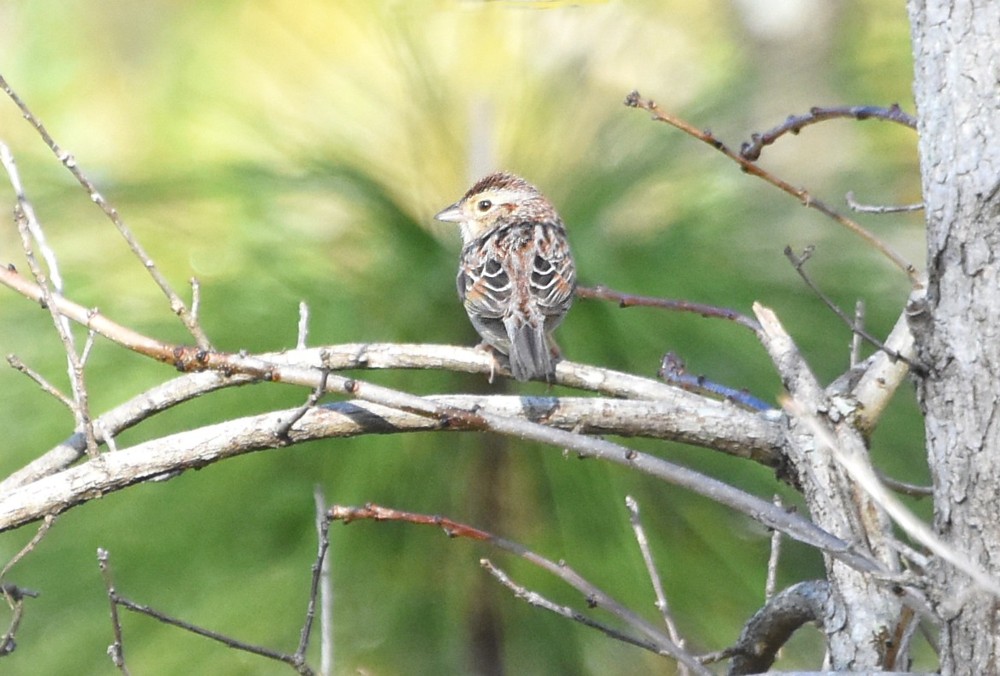 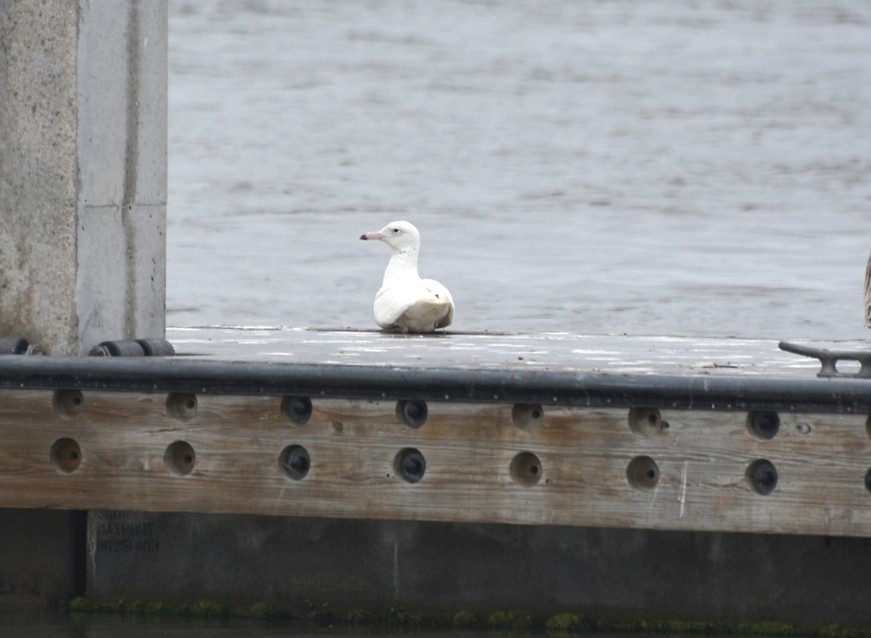 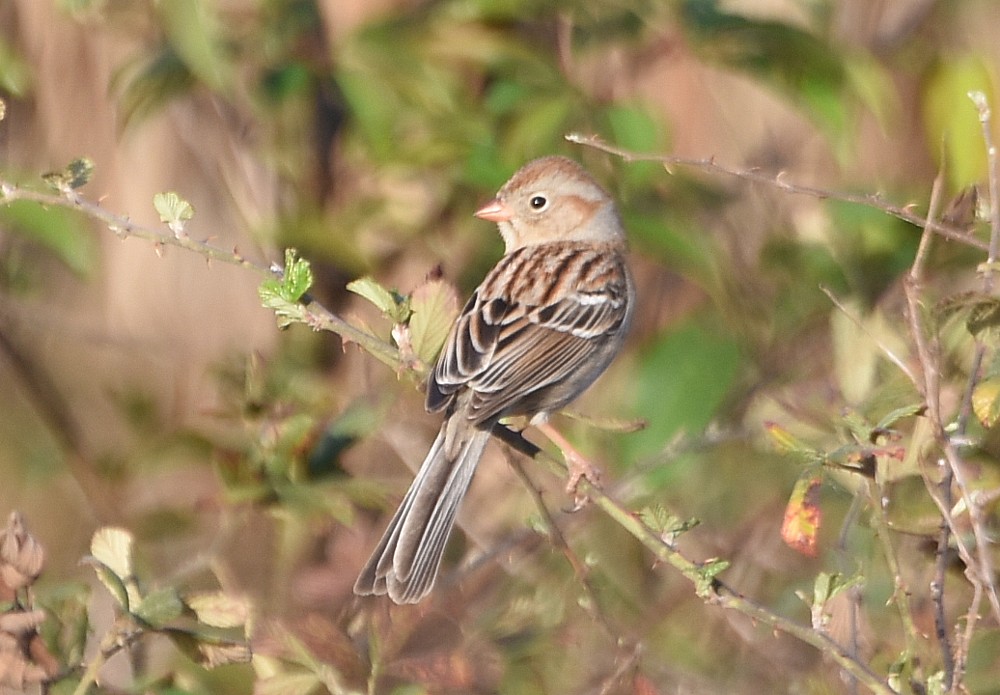 My last yearbird for 2017 is Western Kingbird found yesterday by CBC team at Mayport Village. - Dec 31, 2017

Looking for sparrows at Little Talbot Island, highlights were Field Sparrow and 2 White-crowned Sparrows still needed for this year. - December 17, 2017

Rusty Blackbirds at M&M wooded area this morning. This is the spot where you can see them most likely for winter season. - December 10, 2017

Grasshopper Sparrow at Eastport Wastelands. Limited access only to this area. - November 26, 2017

American Bittern at Sheffield Park cattails this morning, flew out of cattails. I been expecting to find one there already. Last one I saw was last day last year at the same spot. - November 21, 2017

RARE. Ash-throated Flycatcher this morning at M&M Dairy field. There are only 2 previous eBird historical records in Duval county which goes back to 1987 and 1997. See pictures from the checklist - November 7, 2017

Canada Warbler this morning at Theodore Roosevelt parking lot trees. I think it's a third time that Canada Warbler has been recorded in Duval County, lifer for me for sure. View checklist for photos. - September 16, 2017

Fall migration is starting to pick up. I saw 2 Yellow Warblers, Prairie Warbler, American Redstart, all together 40 species at Reddie Point this morning. View checklist with photos. - August 9, 2017

Common Eider continues between Sandollars restaurant and Huguneot Park. Today I saw him by the parking lot river side in Huguenot. It's a nesting season in Huguenot park, thousands of Laughing Gulls, Royal Terns and Brown Pelicans are busy nesting in tunes. View checklist with photos. - June 9, 2017

I was birding at Seaton Creek Preserve this morning. Acadian Flycatcher was back on its nesting ground, and lots of Hooded Warblers all over the park. Take a look at checklist for photos. - June 3, 2017

I was birding all day for June Challenge and ended up with 92 species, visually saw 87. New yearbird was a Black-bellied Whistling Duck at Lem Turner road spray fields. - June 1, 2017

I was glad to find pair of Northern Bobwhites at Pumpkin Hill Preserve. Bobwhites have been there for years but they becoming increasingly harder to find. Least one pair was by the maintenance buildings this morning. - May 23, 2017

Spring migration is in it's high peak now, so far I have seen this year 200 birds in Duval County. Here is the Reddie Point checklist with photos this morning. - April 26, 2017

Two rare Grasshopper Sparrows at Reddie Point this morning. All night rain created fallout condition in a morning. I had 12 species of warblers including 2 Prothonotary Warblers and first American Redstart.
View checklist for photos. - April 4, 2017

Spring migration is picking up.

Rare Nashville Warbler showed up at Reddie Point Preserve this morning. Other highlights were two Common Loons and unexpected White-throated Sparrow, all together 47 species. See checklist with photos. - March 24, 2017

Rare but annual Glaucous Gull is at Mayport Village boatramp, reported first couple of days ago. Nice variarity of gulls and terns packed together in small space at Huguenot Park. There was also a Common Loon at lagoon side. - March 12, 2017

Today's highlights were Rusty Blackbird at M&M and Field Sparrow at Sheffield Park, I needed them for my 2017 yearlist. Spring migration is about to start, exiting time. - February 20, 2017

Foggy and quiet morning with lots of bugs is a perfect weather to see marsh sparrows. I had couple of Nelson's Sparrows and Saltmarsh Sparrows in Huguenot Park marsh area this morning. - February 7, 2017

List of new yearbirds I have seen last 7 days:

One of the best places to see locally rare Golden-crowned Kinglet right now is UNF Park, trail behind the lake. I had least 4 of them this morning mixed in yellow-rumps, chickadees and ruby-crowned kinglets. - January 15, 2017

Picking up the yearbirds one by one, so far 130 for the new year. Today I had a photo of Sedge Wren at Seffield Park, I saw a Sedge Wren also January 1'st in the same spot front lake bushy wooded area. - January 11, 2017

New Year BIG DAY. Ended a day with 109 species. Missed some what should've got but overall it was a good day out there. Here is my checklist. - January 1, 2017